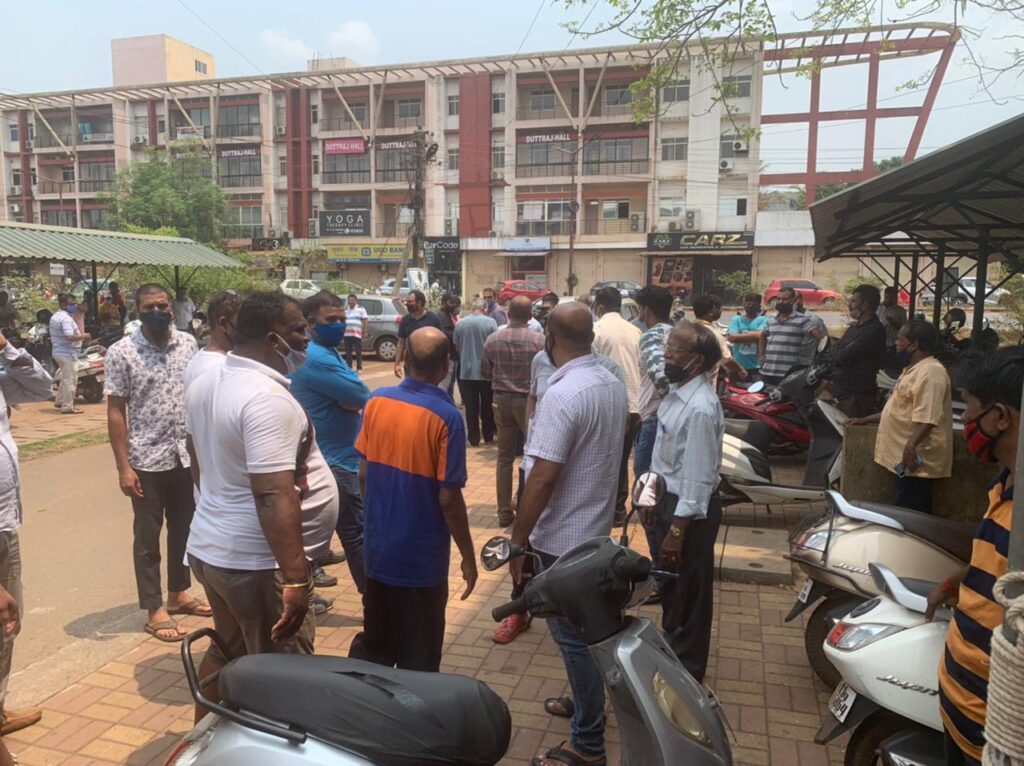 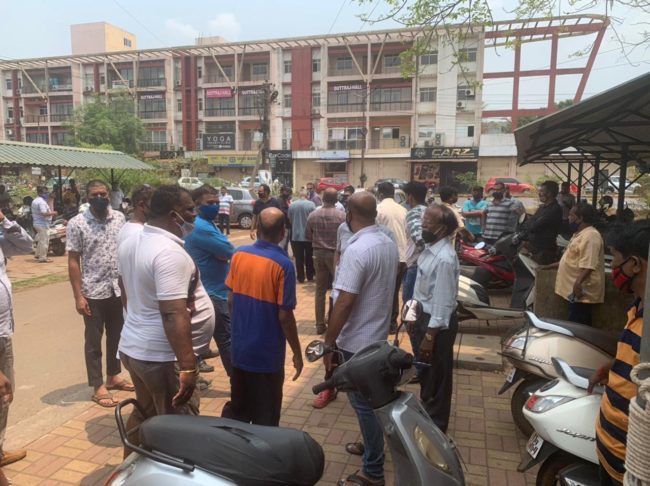 Goemkarponn desk
MARGAO: Wholesale Fish Traders association members have filed complaint against SGPDA SOPO contractor for creating fear in minds of Goans about formalin.
The traders also say they won’t pay SOPO if the contractor fails to produce contract paper of SGPDA.
Wholesale fish traders today morning gathered in large numbers outside Fatorda police station. The delegation headed by president Maulana Ibrahim met PI Fatorda Kapil Nayak and submitted the complaint.
The PI listened to their grievances and advised them to give a memorandum to South Goa collector.
He, however, warned both parties – fish traders as well as SOPO contractor, not to create law and order situation.
While speaking to media Maulana Ibrahim said that harassment and extortion is being done by SOPO contractor and his bouncers.
“The SGPDA should put in writing and boards about who will collect SOPO. There must be a contract letter and batches be given to all workers who collect SOPO,” he said.
Maulana says, he has written letters to SGPDA chairman and member Secretary but they are not taking the matter seriously.
“I don’t understand why SGPDA is not putting the tender of SOPO collection,” he said.
Ibrahim further said the condition of market is very bad and traders had asked SGPDA to give association five thousand square meter land, which will be maintained by the association.
“In return we had agreed to pay fixed amount. this will solve the tussle and SGPDA will get good amount and the market too will be maintained,” he said.