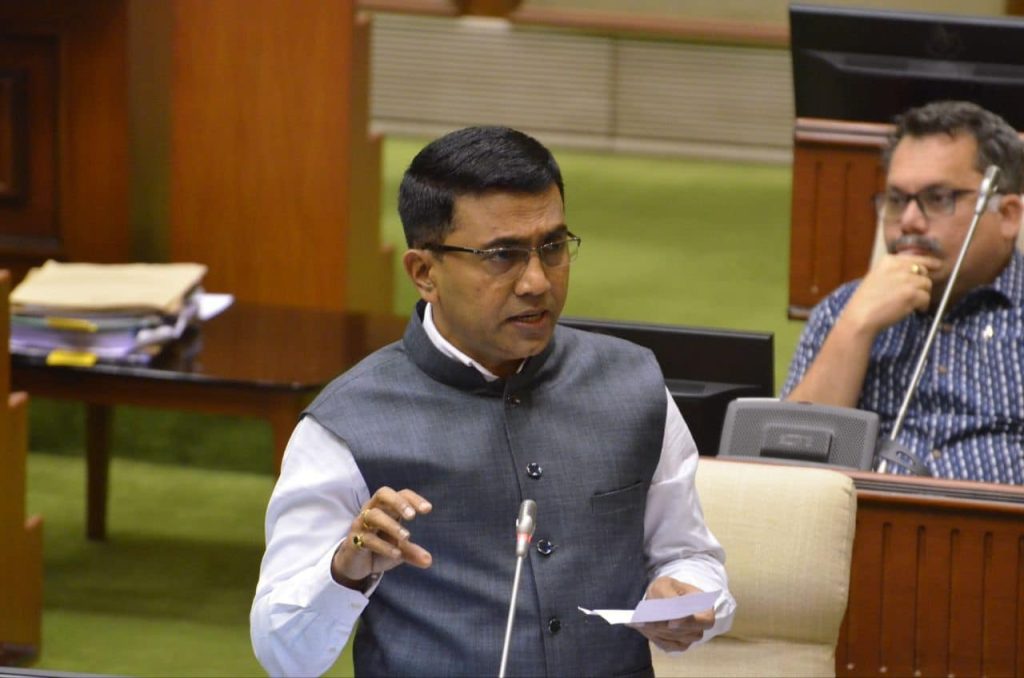 IIT Campus Will Come Up In South Goa: Chief Minister Pramod Sawant
The state government had earlier identified land for setting up the IIT campus at Shel-Melaulim village in Sattari taluka of North Goa district, but the project was then scrapped following violent protests by locals in 2021.

PANAJI: After multiple failures of the government to identify suitable land for the Indian Institute of Technology Goa (IIT Goa), Chief Minister Dr Pramod Sawant said that the institute will come up in South Goa only but refused to give details.
Sawant speaking to reporters on the sidelines of a function, said that revealing the details of land could create more controversies, which his government now intends to avoid after unsuccessful bids at Sanguem, Shel Melaulim and Loliem, wherein teh locals opposed the institution.
“The land is being identified but I will tell you directly at the Foundation laying ceremony,” he said.
A campus of the Indian Institute of Technology (IIT) will come up in South Goa and efforts are on to identify a suitable land for it, Chief Minister Pramod Sawant has said.
The state government had earlier identified a land for setting up the IIT campus at Shel-Melaulim village in Sattari taluka of North Goa district, but the project was then scrapped following violent protests by locals in 2021.
Later, another piece of land was identified at Cotarli in Sanguem taluka of South Goa district but as it was insufficient, the project was dropped last year.
The issue was discussed during the recently held winter session of the Goa Assembly.
Sawant further said, “The IIT campus would be set up in South Goa. Search for the land is going on.”
The CM had earlier said in the state Assembly that some people were going around opposing the land acquisition for the IIT Goa campus.
He had refused to reveal the area where the land was being identified, fearing “unnecessary protest”. During a discussion in the House on the issue, Congress MLA Altone D’Costa, who represents the Quepem Assembly segment in South Goa, had asked the state government to set up the IIT campus in his constituency.
He had said land was available at Betul in Quepem constituency to set up the institute campus.