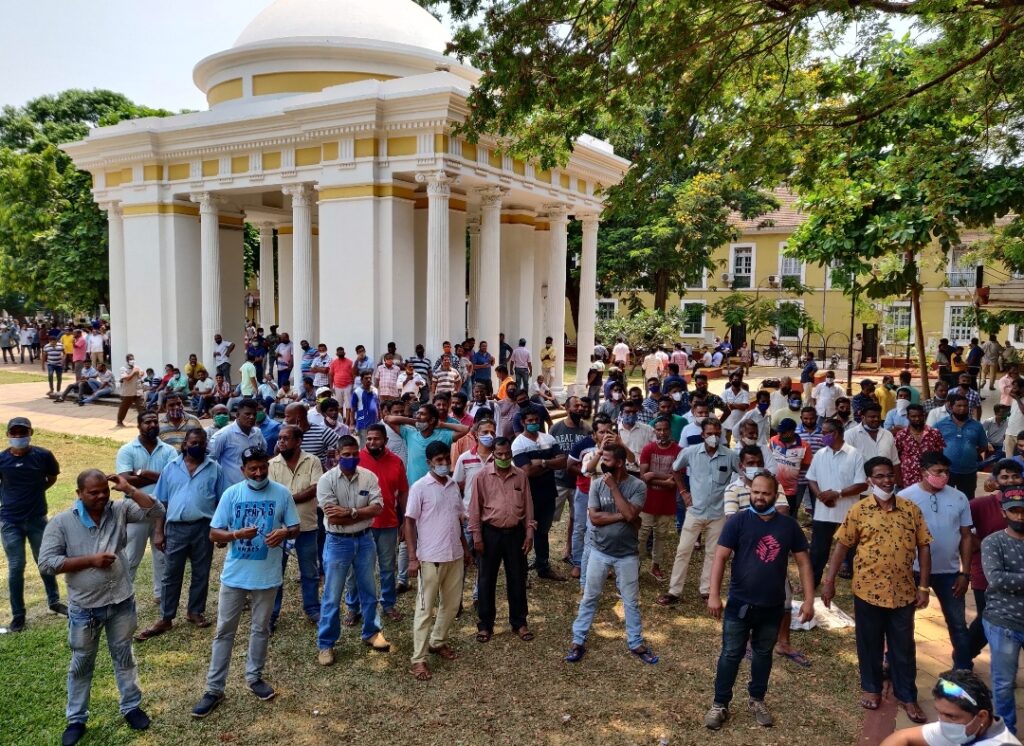 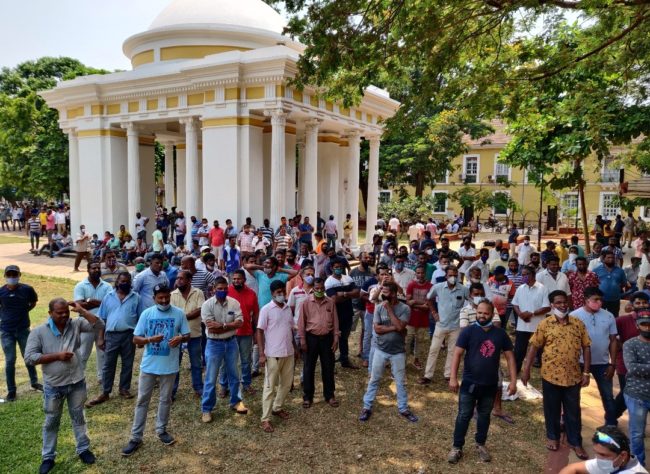 PANAJI: Taxi Operators protesting at Azad Maidan in the capital has warned for intensifying the agitation if their demand of scrapping app based taxi service Goa Miles today.

Transport Minister Mauvin Godinho has called on protesting taxi operators on Tuesday to chalk out a solution.

Taxi operators in Goa have been demanding the immediate scrapping of an app-based taxi service ‘GoaMiles’.

“GoaMiles is a scam which has been foisted on us taxi drivers in Goa. The government has been trying to slip in corporate players in the taxi strike at our cost. We have brought this to the notice of the Chief Minister in the recent past, but there has been no response.” Said Bappa Korgoankar

He further said that they have decided now to not call off our strike until GoaMiles is scrapped,”

Alleging that the agitation has become political, Mauvin said that politics should be kept out of it as the issue is of survival of tourism in the state. He further informed that government has not considered application of Uber in the interest of Taxi operators in the state.

“We have received applications from cab aggregators like Uber. But we have not considered their application. Multiple App based taxis aggregators will not work in Goa,” he added. If Goa Miles is scrapped then they will go to court and this will become detrimental to Goan taxi operators, he opined.

Meanwhile, the taxi operators have warned of intensifying their agitation if government fails to take a decision on their demands by tomorrow.