With elections round the corner, CM asks PROs to BUILD POSITIVE image of Govt 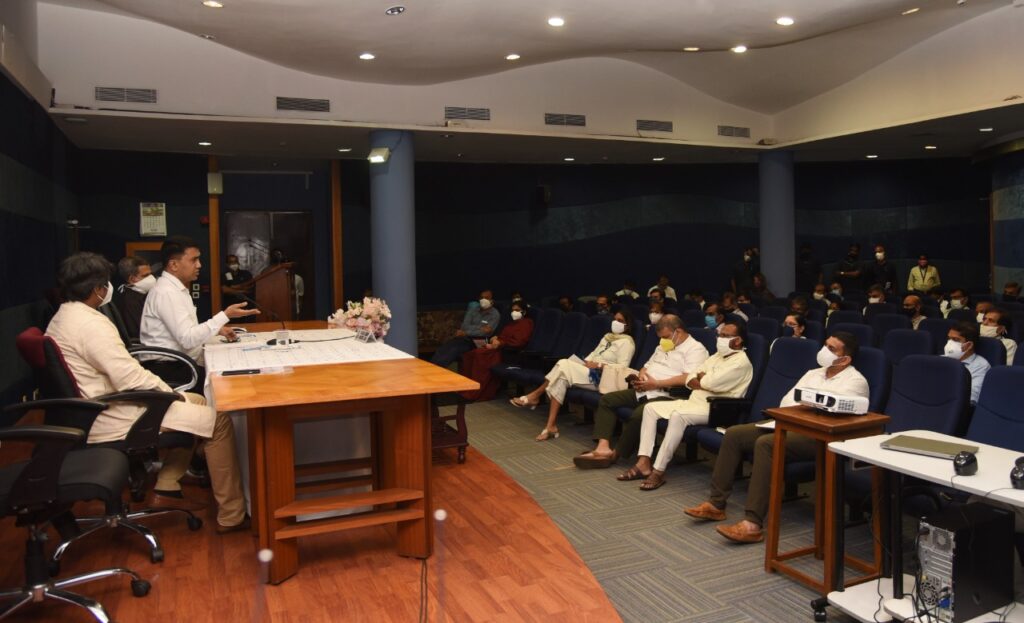 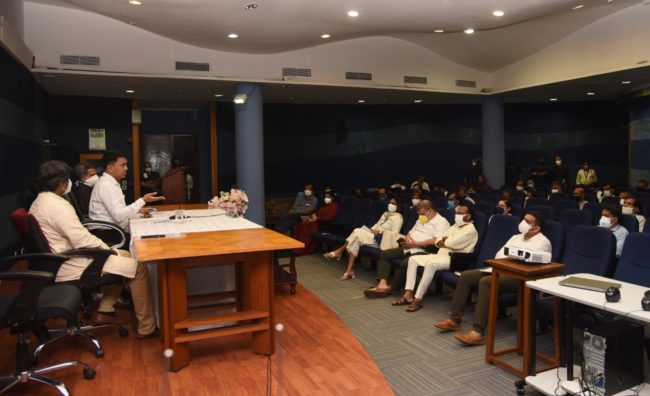 Goemkarponn desk
PANAJI: With uprisings everywhere and negative publicity, Chief Minister Dr. Pramod Sawant, has directed   the  Public Relation Officers  and  HODs of  Government Departments  to focus on  proper planning  to generate  positive content  for news  to counter the  adverse publicity appearing in the main stream media i.e. print, electronic and social media platform.
This endeavour, he said ,will help substantially to highlight the achievements and initiatives  of the  Government  and  develop  its positive image  in next six  months in right perspective.
Addressing the PROs, HODs and OSDs to Cabinet Ministers at a workshop organised by the Department of Information and Publicity to enlighten them on their role and responsibilities at Seminar Hall, Secretariat, Porvorim the Chief Minister said we need to  generate news with acts and figures and gain the credibility to convey a strong message that this Government is working in the   interest of the  State and its people.
The Chief Minister said the PROs should ensure that the information required to issue clarification/ rebuttal to counter the criticism against the Government needs to be published very next day instead of publishing the same after eight days.
He said, apart from print media the Government Departments should make maximum use of All India Radio and Doordarshan, which he pointed out as a good number  of listenership/ viewership and further mentioned that the medium of Radio played a decisive  and vital role  in creating  much needed awareness  during ongoing Covid-19 Pandemic.
He said, we should make  best use of   whatever which is  easily available  and in this context he referred to his recent visit to Check Post at Keri in Sattari Taluka  wherein the print and other media accorded wide publicity.
Urging the participants of the workshop the Chief Minister  highlighted  the need to keep ready the events of Calendar of the Departments which can be disseminated to the media.
The Department of Information and Publicity and the Chief Minister’s Office will coordinate with the PROs if necessary to publicise the positive things.
PROs, he said, can also contribute for positive statements. They should also ponder over on positive aspects and reply to the  adverse publicity.
Vinod Kumar D.V,. IIS, Deputy Director (M&C), Press Information Bureau (PIB) who was the Keynote Speaker urged PROs to get themselves abreast with new realities   of information  age  i.e.  imperatives, strategies and transformational forces. He said PROs job is vital in the core stream of development.
He advised them to make maximum use of all modes of communication be it digital  and print. He stressed  on  four aspects i.e. observe, orient , decide and act. PROs  should have in depth knowledge of their respective Departments  and  that driveable should be realistic he asserted.
Gaurish Kalangutkar, Additional Private Secretary to Chief Minister who spoke on  social media said that social media platform is easily accessible to everyone through which one can  express his views. He emphasized  on using social media effectively so that  the Government  can derive  its benefit.
He also spoke on the content creation  related to  milestones and  achievements of the Government  to develop its positive image in the  eyes of the general public  and  the Government. Internal coordination within the Department is of utmost important  to  act forthwith on the critical reports appearing in the media and  counter the adverse publicity against the Government.
Shyam Gaonkar, Assistant Information Officer of the Department  of Information and Publicity explained in detail how the Department is working  to  build up the positive  image  of the Government.
Dipak Bandekar, Director of Department of Information and Publicity, who  delivered  the  welcome address said that the prime objective of organizing  the workshop is to have better coordination with various Government Departments/Cooperation  and  autonomous bodies. He informed that the Department has  constituted a dedicated  team  of the officers  to coordinate  with the PROs / HODs of the Department to obtain prompt information from them. However, he said,  the reply  is not  as expected.