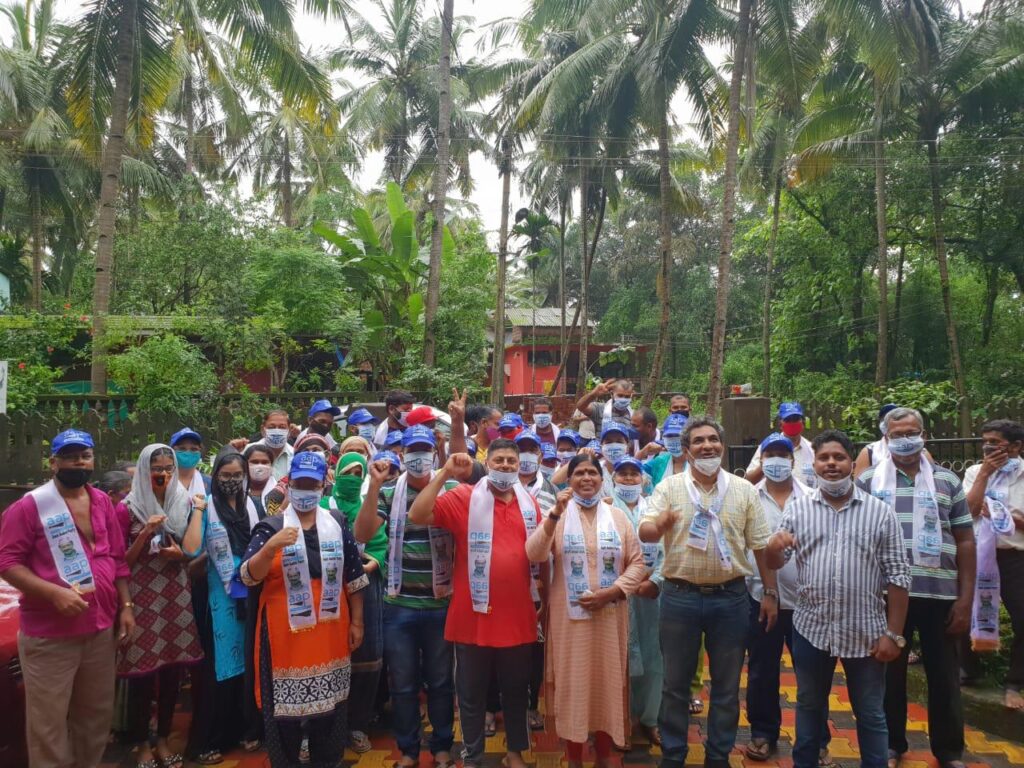 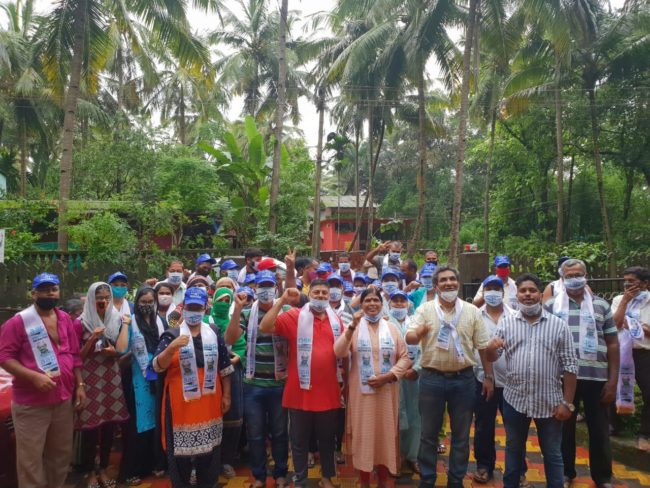 Goemkarponn desk
PANAJI: Aam Aadmi Party’s consistent efforts over the last one year to reach out to people across the states, whether on electricity issue, or covid relief, or ration distribution, has started to attract political workers from across the spectrum to the party. With its strong focus on issues that affect households and especially women, the party appears to be gaining attention from women leaders from across Goa, especially in rural constituencies.

In Sanguem constituency, three-time Panch and ex-Sarpanch of Curdi-Vadem village panchayat, Gourisha Gurudas Gaonkar, joined the AAP with a number of her supporters on Sunday. State Convenor Rahul Mhambre, along with AAP’s youth leader Shubham Shivolkar, welcomed her into the party, praising her long history of working for the people of her village. Gaonkar said she was impressed by the honest governance of Arvind Kejriwal that focussed on the common man, and decided to join AAP which was the only party seen working on the ground during the most difficult times of the covid pandemic.

Meanwhile, a former BJP functionary from Priol constituency, Adv. Sushma Vantekar Gaude joined the party on Saturday in the presence of AAP leader Valmiki Naik. A resident of Magilwada, Adv. Vantekar was a BJP worker for 12 years, also serving as general secretary of the party’s Mahila Morcha for Priol constituency. As a practising advocate, Adv. Vantekar organised legal awareness session across the constituency, and has also provided counselling to women’s self-help groups in the village.

Stating that Aam Aadmi Party is literally the party of the aam aadmi, Mhambre said the Delhi Govt centred its policies & development work around the common man and marginalised sections. Mhambre said that in Goa too, the recent entries of leaders from Bhandari Samaj, OBCs, Scheduled Tribes and others, showed that the party’s ground work was giving new hope for all sections of society who had hitherto been used by political parties as vote banks only to be forgotten after coming to power.