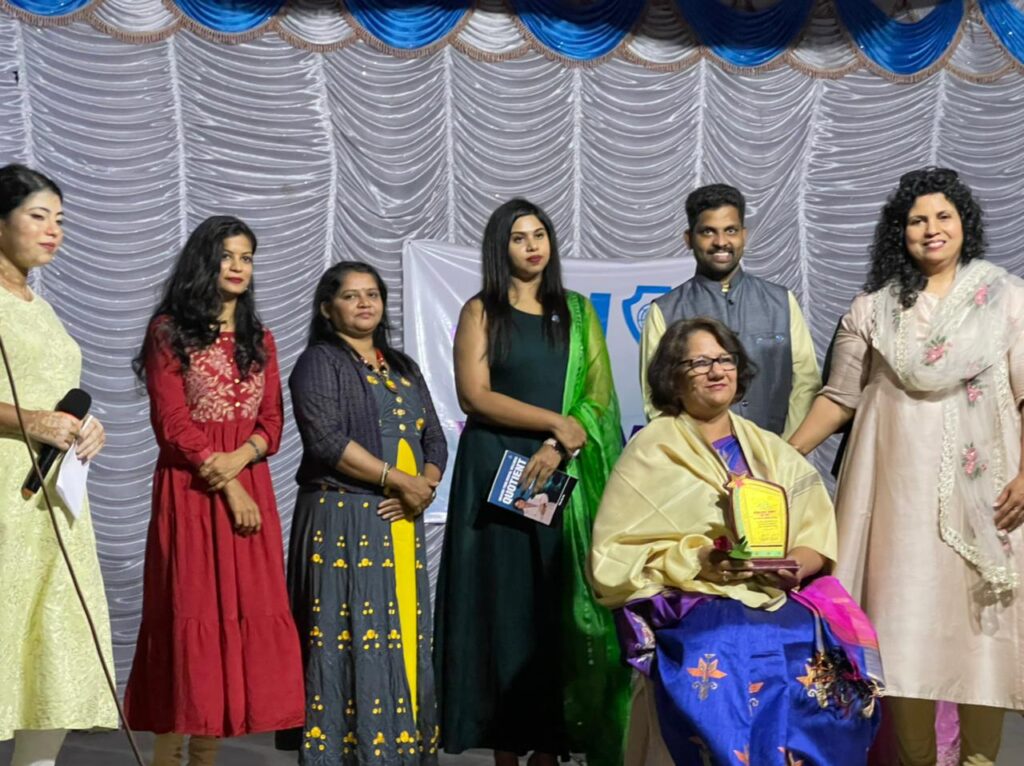 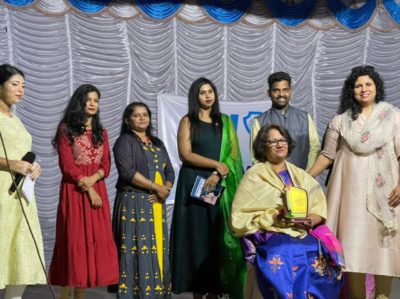 SANKHALIM: On International Women’s Day, JCI Sanquelim honoured a group of women workers who silently contributed to society.
Internationally famed singer Hema Sardesai felicitated these women appreciating their hard work to make the world a better place to live. The function was held at Toneshwar Hall, Maulingtad, Sankhalim, in which Ms Sardesai had participated as a Chief Guest.
“You will find God when you work for someone else. Gautam Buddha, Lord Shree Krishna, Lord Jesus worked for the others, which made them God,” Sardesai said, addressing the crowd on occasion.
The renowned singer said that humans are bestowed with two important things – choice and control – which we need to understand. “If these two things are taught to our young generation, then humans will refuse to become animals, and then the world will become rape free.”
She saluted several women, who have been working silently for the social causes, in their own way. Sardesai also praised JCI Sanquelim for doing good work.
“I would like to assure them that whatever help they require, I am with them,” she said.
Sardesai said that she has started a campaign to give the life of dignity to women who have lost their husbands. She said that the practice of breaking bangles and removing sindoor after the death of her husband should be discontinued.
She said that she had written a letter to Prime Minister Narendra Modi demanding that the word’ widow’ be removed from government forms.
“It should be either married or unmarried. By mentioning the word ‘widow’ we are adding to the agony of the women,” she added.
During the function, Sardesai felicitated Vinita Vishant Kanekar (an Independent entrepreneur), Radhika Satoskar (veteran journalist), Sulaksha Suryakant Gawas (Agriculturist) and a group of Sankhalim Municipal garbage cleaning workers including Saloni Malik, Anisha Malik, Sharada More, Shruti Arolkar, Diksha Kanekar and Sonali Tuyekar.
Kunda Shirodkar, who has been gifted with healing hands, was also felicitated on the occasion. Her daughter received the honour. These felicitations were part of JCI’s Salute the Silent workers initiative.
In a major highlight, the Past President of JCI Sanquelim Rita D’Sa was honoured for her contribution to society. Sardesai also re-launched her recently published book “Unleash Your Mental Quotient”.
JCI has been honoured to have Rita D’Sa as the mentor who has moulded generations as a teacher.
In the singing competition organised on occasion, Siddhi Parsekar Kudaskar won the first prize, the second prize was won by Ruchi Desai and third by Preet Premnath Chodankar.
The competition was judged by veteran singers Siddhi Surlakar and Dhruvi Chari.
JC Juhi Saglani paid special tribute to Hema Sardesai through her song “Badal pe paon hei” during which the original singer too joined her on the stage.
JFM Mamta Naik ZVP region C
JC Kirti Gawas Usapkar first lady of the Zone XI
JC HGF Shweta Harmalkar ZD Programs
JC HGF Sanyukta Gawde ZD Lady JC were present for the function.
JCI Sanquelim President Chetan Salelkar welcomed the gathering, while Chief guest was introduced by JC Nikita Desai and function was compered by JC Radha Kesarkar and Jr JC Vidhiti Pednekar.