Works on MPCBR are not as per Road Safety Engineering; activists blame road alignment at Curves as a reason for mishaps. 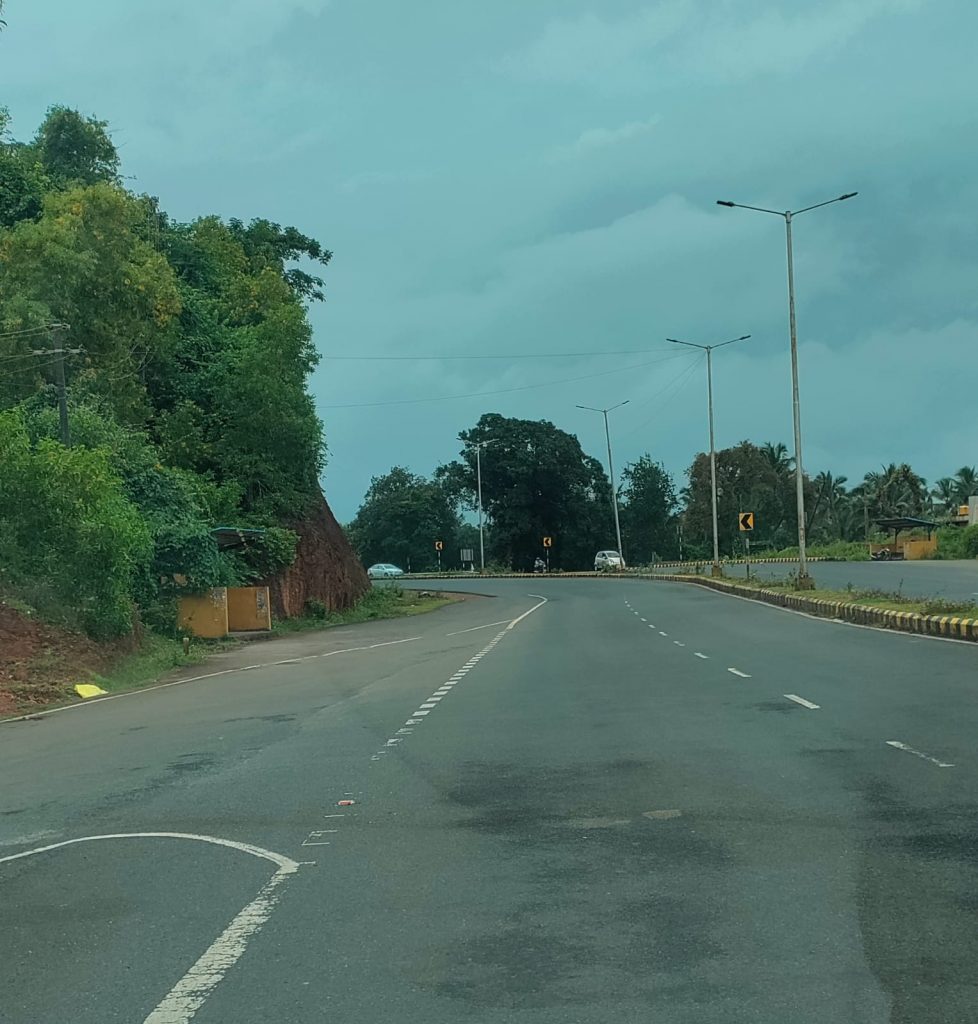 Goemkarponn desk
CANACONA – While three family members died and seven others were seriously injured and are under hospital care, activists blame the evil road engineering works of Manohar Parrikar Canacona Bypass Road (MPCBR) as the reason for accidents.
Ulhas Nagekar, his wife Veena and son Harish died after their Car coming from Karwar was hit by a Car coming from Margao at Rajbhag -Tarir junction. The Margao to Karwar bound Car had hit the Road-Divider and jumped to the other side of the MPCBR road, and collided with a Car and a Scooter going towards Margao, killing three people and injuring eight others, including the scooterist.
While five other occupants, including a two-year-old, are recovering in GMC Bambolim, two of the other car occupants, Nikhil Nagvenkar and Prashant Talekar (both from Kinar-Karwar), are also in GMC. Police further informed that one of 7 admitted to GMC is still critical and under ICU care.
The 11th injured in the mishap, a scooter rider from Loliem-Polem, was discharged after first-aid from CHC Canacona itself, Police added. Police have registered a case under section 304 IPC for rash and negligent driving against the Driver of the Car, which had hit the Road-Divider and jumped to the other side of the road.
Meanwhile, several residents complained of the bad engineering works on the 7.74 Km Char-rasta to Maxem 4-lane Expressway, calling for immediate rectification in the road safety measures.
‘Road Safety Engineering Measures were not at all followed while constructing this Road, which is engrossed in several mishaps since it was inaugurated at the end of 2019’, complained Canacona councillor Dhiraj Naikgaunkar.
‘This particular spot (Curve at Rajbhag -Tarir junction) and another road-crossing at Kolsar-Galgibaga are black spots, totally accounting for about 23 accidents since this road was commissioned in Nov’2019’., said ex-CMC Chairperson Rajendra Dessai.
CMC Chairperson Ramakant Naikgaunkar stating more than eight accidents have already taken place at Rajbhag -Tarir junction, having a steep turn, has demanded rumblers to reduce the speed before approaching the turn(Curve) on Highway Road.
‘The entire 7.74 km of MPCBR from Char-rasta to Maxem is very much uneven and also has treacherous turns, which many motorists are unable to control the wheels due to bumpy and uneven road carpet. The road safety engineering measures are not followed on the road-carpet, particularly at the turns, due to which the unsuspecting racing vehicles at high speed find it difficult to control their vehicles, said an architect.
On Wednesday, one of the speeding cars from Margao to Karwar direction on reaching the turn(Curve) at Rajbhag -Tarir junction jumped over the Road-Divider and fell in the other side lane directly hitting an oncoming car, killing three people and leaving eight others injured on Wednesday.
There are about 3 Curves/Turns that motorists claims are very unsafe for driving and have already witnessed vehicles falling prey to mishaps on MPCBR.