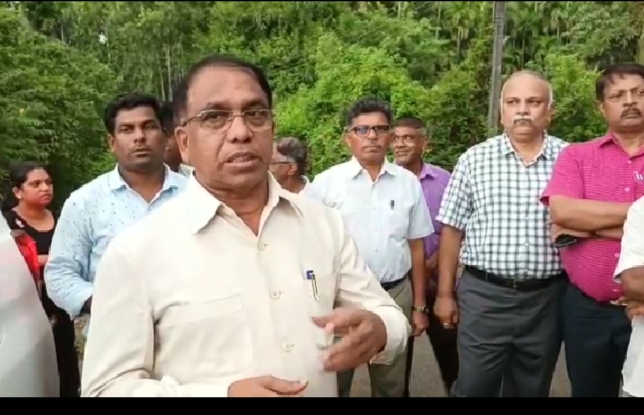 PONDA: WRD Minister Subhash Shirodkar inspected food prone Nirankal area, which witnessed a flood last year wherein around fifteen faced heavy losses.
Ponda WRD officials were also present for the inspection. Shirodkar said people have been facing floods for the past five years.
“Last year, people suffered the loss of around Rs 2 Crore. The people were forced to shift temporarily during the flood. Similarly, several houses in Usgao Ganjem, Khandepar too affected due to the flood,” he said.
He asked WRD officials to take essential measures to prevent the flood.
He said that the monsoon river gets flooded, and if there is heavy rain during high tide, it blocks the flow of water, resulting in flooding. Therefore, there is a need to construct barrages on the river to arrest flooding.
The officials suggested a dam at Kajumole or Tatodi to prevent a flood.
Minister Subash Shirodkar assured to take necessary works including dams and respiration of river and nullah to prevent flooding.