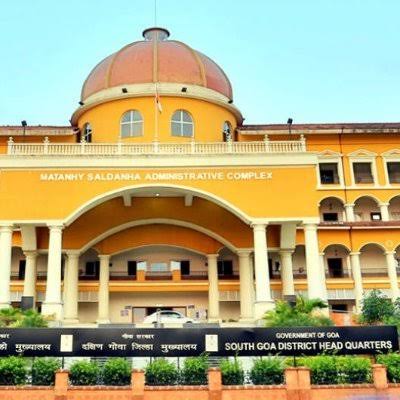 CMO clarifies..
Under National Security Act, the order for declaring the competent authority Is made every 3 months. This is a routine order which declares the District Magistrates as the competent authority to dispose of any proposals received under the NSA Act. This has always been there and is not a new thing. This power is delegated by the State Government to District Magistrates or Police Chief, as the case may be, across the country.

The State government on June 17 declared imposition of National Security Act in South Goa for three months, which has become a major controversy of late with political parties criticising the government for imposing the Act.
The Pramod Sawant government has imposed National Security Act in South Goa district for a period of three months, a move which a police official on Friday said was a routine procedure to allow the collector to hear cases under the Act.
The notification, which was issued on June 8 by the state home department under secretary, was made public on Friday, leading to criticism from the Goa Forward Party. South Goa Superintendent of Police Pankaj Kumar said it was a “routine matter to ensure the district collector can hear cases under the National Security Act, 1980”.
Goemkarponn inquired into the issue and found out that there are about 10 NSA cases already booked in South Goa alongwith 59 cases of externment proceedings pending before South Goa magistrate since last 3 years.
Sources revealed that the South Goa Superintendent of Police has sent a report to the District Collector regarding the action to be taken against a total of ten persons under the National Security Act from 2018 till now.
Apart from this, a report has been sent to the District Collector to deport 59 people from 2018 for being involved in criminal activities in South Goa. 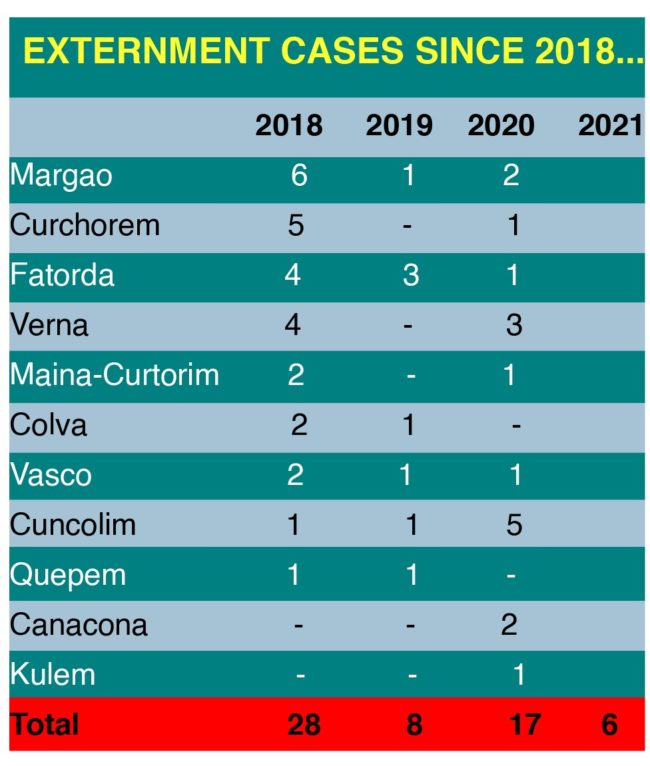 However, no action has been taken till date at the District Magistrate’s office.
Ever since the NSA was imposed it has caused a stir and fear amongst the common man as well. Under the National Security Act, the District Collector and the Magistrate are empowered to take action against persons engaging in anti-social activities.
A government officials said that the National Security Act has been imposed in South Goa to ensure that law and order is not hampered by the use of open firearms in the last one year in South Goa and the forthcoming Assembly elections.
In addition to the cold blooded murder of a goldsmith in Margao has seen several heinous crimes during the year, followed by the fatal attack on Anwar Sheikh, assault on a notorious gangster from Arlem, Fatorda, by a gang of thugs with a machete and a bullet, and an attack on a youth from Navelim few days back,
The State government has issued the only after receiving a report on the implementation of the National Security Act to take action against persons endangered by such communities during the forthcoming elections, sources said.
\The sources from collector office said that the process of implementation of NSA on the 10 noted criminals have been started.
The superintendent of police also sent a report of pending cases of externment on 59 people who are involved in disturbing peace of society and engaged in dangerous criminal activities> The report said externment will help in maintaining law and order in society.
The report has been sent to the District Collector regarding the externment of 28 persons in 2018, eight persons in 2019, 17 persons in 2020 and 6 criminals so far in 2021.
None of the 59 hardened criminals have been externed in the last three years.