13 tourists rescued over the weekend 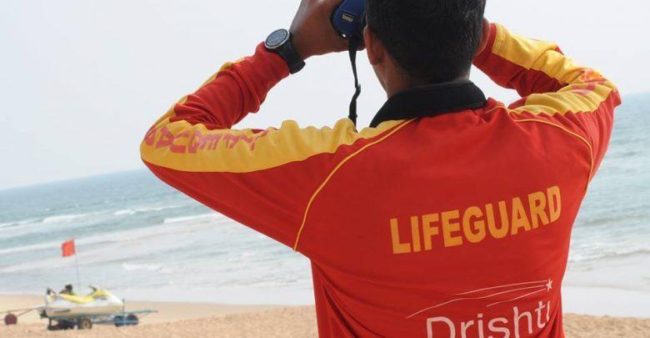 Goemkarponn desk
PANAJI: The weekend has witnessed a total of 13 rescues along the coast of Goa, with 9 rescues on Saturday and 4 rescues on Sunday. All 13 victims were male tourists who had come to holiday in Goa and all of them were rescued from being caught in sudden rip tides. So far, Drishti Lifesavers conducted a total of 68 rescues over the month of November. Calangute had the most amount of rescues followed by Baga.
There were two multiple rescues in Calangute, where 8 males aged 29-41 years all from Karnataka were caught in rip tides, and 7 Drishti lifesavers- Siddesh Bhosle, Diwakar Desai, Leslie Rodrigues, Sangharsh Asolkar, Sonu Kumar, Hari Chopdekar, and Dina Tande rushed into the water to rescue, equipped with surfboards and rescue tubes to rescue the victims.
Thereafter there was a double rescue at Baga, two males aged 33 and 34 years from Hyderabad while swimming, were suddenly caught in a rip current. Lifesavers Anand Ghadi, Divesh Keluskar, Sudeep rushed into the water with rescue tubes and brought the duo to shore. All victims are in good condition.
Subsequently, in the South, lifesaver Shidhesh Gaonkar rescued a 20-year-old male from a rip current.