2022 Goa elections will be a straight fight between AAP and BJP: AAP’s Raghav Chadha 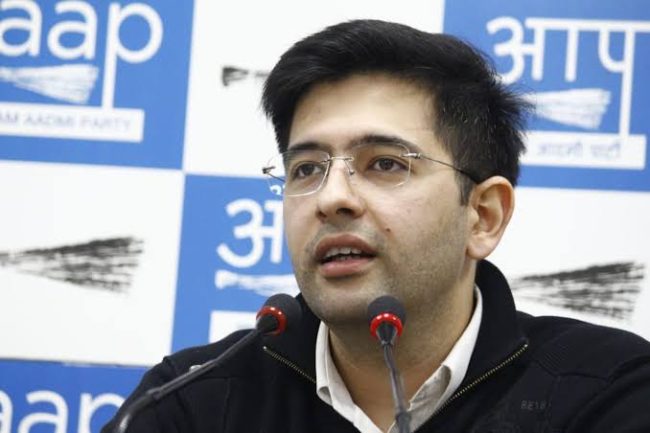 Aam Aadmi Party MLA Raghav Chadha while pointing out that Goa is only 52 weeks away from the next assembly elections asked party volunteers to dedicate the next 52 weeks full time for party work so that AAP could form the next government in Goa.

Addressing party volunteers he said the normal graph of a political party is three unsuccessful elections before it becomes significant and relevant. “However with AAP we tasted success at the very first elections we contested in Delhi,” he said.

Speaking in the same breath he said AAP is all set to form the government at the 2022 elections and will not sit in the opposition and for this he said the party volunteers will be the torchbearers of the change as some of them will be new MLA and even ministers.

“I ask you to give your 100 per cent for the next 52 weeks to prepare Goans for the next elections,” he said while admitting that some of them have their schedules and are busy with their work or business or studies and stressed that what is required is being a full timer.

“Ask all your friends, family members and neighbors and all those who want a change as they are tired of the Congress and the BJP to vote for AAP,” he said while urging the volunteers to meet as many people as possible everyday to pass on the message.

He disclosed that various surveys conducted by media houses have indicated that AAP is the second most popular party in the country just a few points below BJP. “What is important is that AAP graph is going up while that of BJP is going down,” he said saying that in short time both will be equal.

He however asserted that the Congress is totally decimated and stands nowhere in the picture and added that even Goans have realized that voting for Congress would be akin to wasting the vote and assured that he will keep visiting Goa regularly henceforth.

“Your hard work and your commitment along with the commitment of people of Goa for a change will bring us to power in Goa,” he said adding that the present BJP government is totally a corrupt government working against the interest of Goans.

“The BJP government is morally, ethically, financially and politically corrupt and it is not a government of Dr Pramod Sawant but that of the BJP High Command as he does not listen to Goans but dances to the tunes of Amit Shah who is sitting in Delhi,” he said.

He asked the volunteers to prepare a programme and campaign that will make Goans realize that AAP is a party of Goans and for Goans and said AAP popularity amongst the people will increase by leaps and bounds.

“We are not politicians but we are common people and that is the reason why the common man will vote for us,” he said while pointing out that Arvind Kejriwal gave up a lucrative career where he could have earned in crores to set up an organization that cares and looks after the common man.

“I am asking you to similarly give your 52 weeks time for AAP and see what changes you will bring about in this tiny state that is known as paradise on earth,” he said.