2,500 Goa documents of Modi script to be to transliterated in Devanagari script 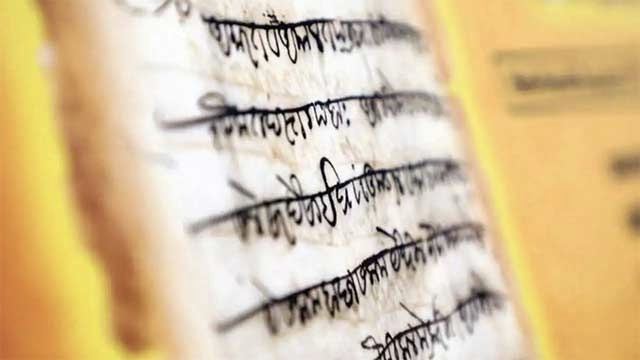 Goemkarponn desk
Panaji:: Goa’s Archives and Archaeology department (AAD) has taken efforts to transliterate the historical literature available in Portuguese and Modi script to know the clear picture of the coastal state before liberation.
Sources from the AAD informed that there are around 8,000 documents in Modi script out of which 2,500 are transliterated and more 2,500 will be outsourced.
“We have floated a tender to transliterate more than 2,500 documents of Modi script to Devanagari script. After this is awarded, we will have to transliterate the remaining 3,000 documents,” an officer on the condition of anonymity said.
According to him, around 2500 documents were transliterated from 2018 to 2020. Now again the process has started.
Apart from Portuguese and Modi script, there exists literature also from the Persian and Arabic languages in AAD. “The quantity of Persian and Arabic literature is very less compared to the Modi script, however we will get it done,” he said.
According to Goa’s Minister for Archives and Archaeology Subhash Phaldessai, there is a need to research and study on historical literature, which will give a clear picture of how Goa was during pre-liberation. He said that if this literature is transliterated then many things could be cleared about the state.
“Thus culture and tradition, who attacked Goa, who were the original people living in Goa, with whom they pleaded and did correspondence (to get liberation), these things can be known,” he said.
“If we take review of this then this literature may be in many languages, including Portuguese and Modi (script) can be transliterated,” he said.
He said that transliteration will put a light on how changes took place in Modi script, as years passed.
“We will try to make transliterations of the Modi script and other languages. Presently work is going on, but in the next two years we will speed up and translate all the documents, so the clear picture of Goa will emerge, which will be framed and passed on,” he said.
“This is a very important information of Goa that we can publish and research can take place. There are many Goa-related documents. These documents are very old and they need to be conserved and preserved and new editions published. They can be brought into the public domain by way of translation. This is very much needed,” Phaldessai said.
Phaldessai said that once the transliteration is done it will help the student community and also those who want to do research in such areas.
The government has also decided to design a robust software with multiple level securities to protect this literature and other property documents of the pre-liberation era. This would also help to curb the misuse and manipulation of old property documents.
A Special Investigation Team (SIT) probing land scams in Goa had earlier arrested staff of the Archives Department, for their alleged involvement in transferring of documents.
Referring to the incident, Phaldessai had said that multiple level security is required for these documents, so they are not misused.
“Those who really need these documents with purpose, they should get it instantly. Those eligible and entitled can be given a hard copy also. Such kind of robust software will be designed and the digitisation process of old documents will be immediately started. We will soon go for digitisation of these documents.”
He said that the department has done deep study of all the aspects, before starting the digitisation process.
“These documents are very delicate to handle. The process is very long and hence it would take at least five years to complete digitisation.”
Phaldessai said that around 4 to 6 crore pages, ledger folios and volumes need to be converted into English.
“They need to be preserved in electronic form because we see many land scams have taken place in the past. Digitisation should take place, so in future manipulation will not take place, as it happened in the past. Huge lands were grabbed by manipulation in documents,” he said.

“If these (old documents) were digitised earlier, these scams would not have taken place. Manipulation should not take place.” He said that though it is a very difficult task, the department will work on it. (IANS)