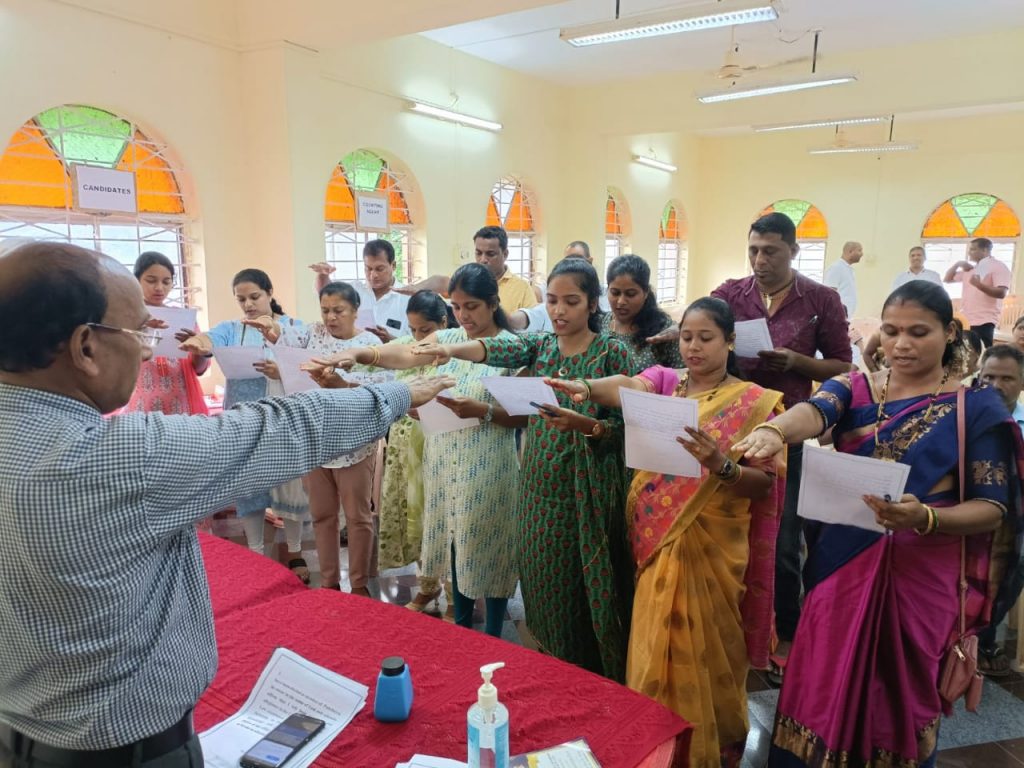 Goemkarponn desk
CANACONA: A day after electing Sarpanch and deputies, all the 59 Panch-elects of the Seven Village Panchayat of Canacona took Oath as Member of Panchayat on Tuesday.
Canacona Block Development Officer (BDO) Anil Naik administered the Oath of Membership of the respective Panchayats to the 59 panch-elects in three different groups classified on a linguistic basis.
While some opted for Konkani, a few in English, and most others opted for Marathi to take the Oath of Membership of Panchayat.
All 7 panch members of Agonda VP, including the Sarpanch Fatima Rodrigues and Dy Sarpanch Prettal Fernandes, along with a few other Panch, were part of the group who took the oath of Member of Panchayat in English.
BDO Naik administered the Oath of Panchayat in Konkani, Marathi and English three times to the three different groups.
While one of each panch member was elected unopposed at Poinguinim, Gaondongrim and Shrishthal, elections were held for the other 56 wards.
It may be recalled that Canacona created a record of sorts as 6 Sarpanches and seven Dy. Sarpanchs in the seven Village Panchayats of Canacona is elected unopposed.
Canacona Block Development Officer (BDO) Anil Naik at first briefed the Sarpanch and Dy Sarpanch on the functions of their respective posts in panchayat and later held interactions and guided all the seven panchayats of Canacona taluka.