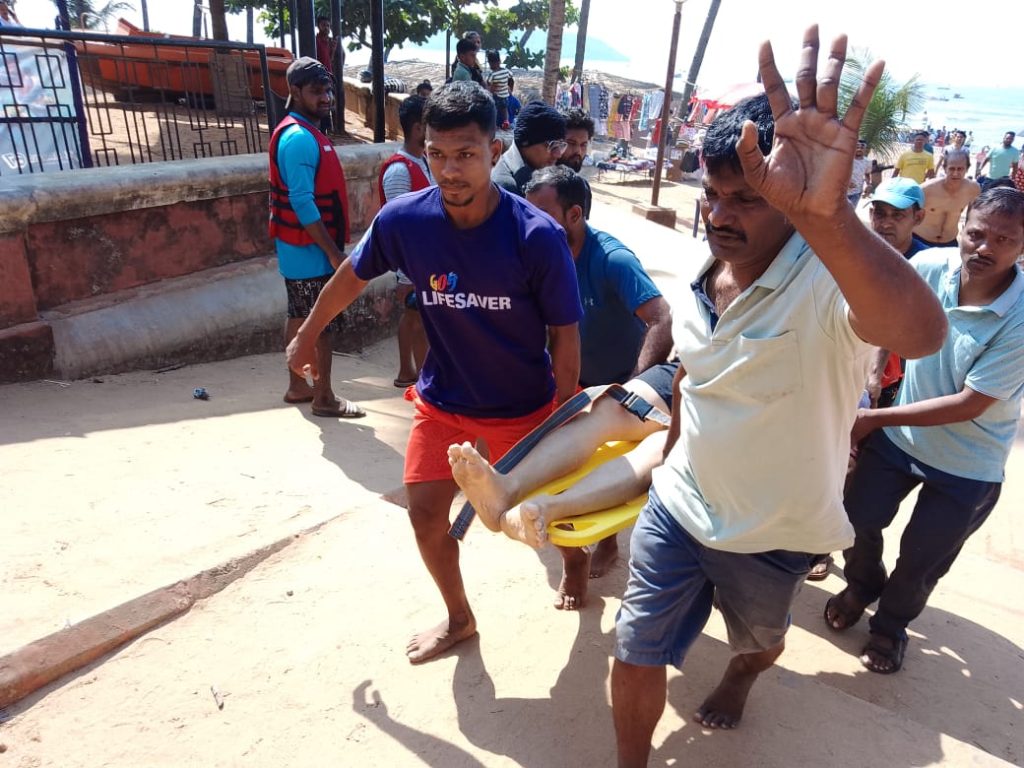 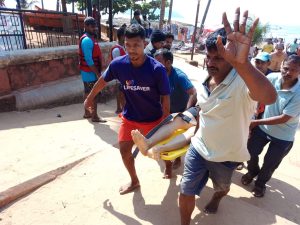 Goemkarponn desk
VASCO: The last day of the 2022 year turned out to be tragic for a Mumbai family who arrived in Goa to bring in a new year after a 72 year old man died on the Baina beach on Saturday afternoon while allegedly indulging in a water sports activity with his family members.
Sources said that Prakash Madhusudan Khair (72), a resident of Jogeshwari East, Mumbai had come with his family to Baina beach, and the group had gone for some water sports activity where he may have suffered a heart attack that could have led to his death
An eyewitness Sanny Barretto said that the water sports operator and Lifeguards on duty did their best to revive the tourist.
“The tourist in his life jacket was swimming when he complained of uneasiness, and the water sports activity operators were quick enough to respond. They immediately rescued the tourist and got him on the shore, where the Life Guards gave him CPR.,” he said.
“They tried to revive him, and even as he was breathing, they called for an Ambulance. The ambulance could not arrive on time, and the group member offered a private car and put the tourist on a stretcher, and shifted him immediately to the Chicalim Sub District Hospital. We hope he survives this incident, and we wish him well,” said Barretto
However, sources in the police said that the tourist had expired and that the Mornugao police were carrying out further investigation
“We will register a case and send the body for post-mortem to ascertain the exact cause of his death. His family members are also in the hospital, and we are gathering more information on the incident ” said the source.