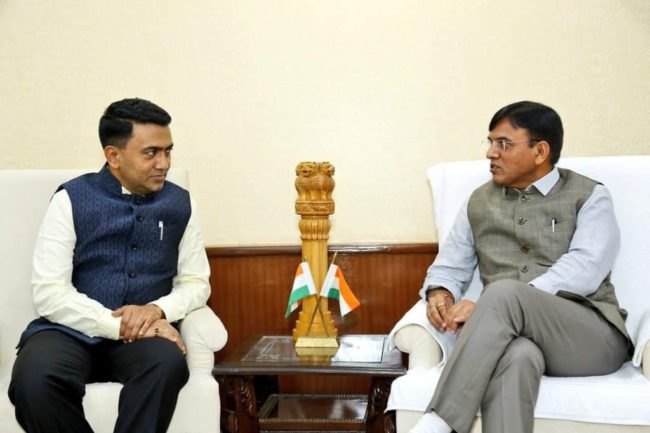 Following protests against coal handling at MPT, Chief Minister Dr Pramod Sawant said that he has taken up the coal handling issue with Union Minister Shipping Mansukh Mandviya who assured to look into the matter.

CM met Union Minister of Shipping Mansukh Mandviya, and appraised him of the situation.

“Conveyed sentiments of people of Goa regarding coal handling. He (Minister) has assured to look into the matter,” Sawant said.

Sawant today held series of meetings with Union Ministers and others and discussed on various developmental works in the State.

Later, the Chief Minister met Shri Shandilya Giriraj Singh, Minister for Fisheries, Animal Husbandry & Dairying and discussed various initiatives to scale up the production in fisheries and dairy sector in the State of Goa.

The Chief Minister said he had healthy discussions, which will benefit in the overall development and growth of the State.