9 Russians, among 14 persons rescued on Goa coast over X’Mas weekend 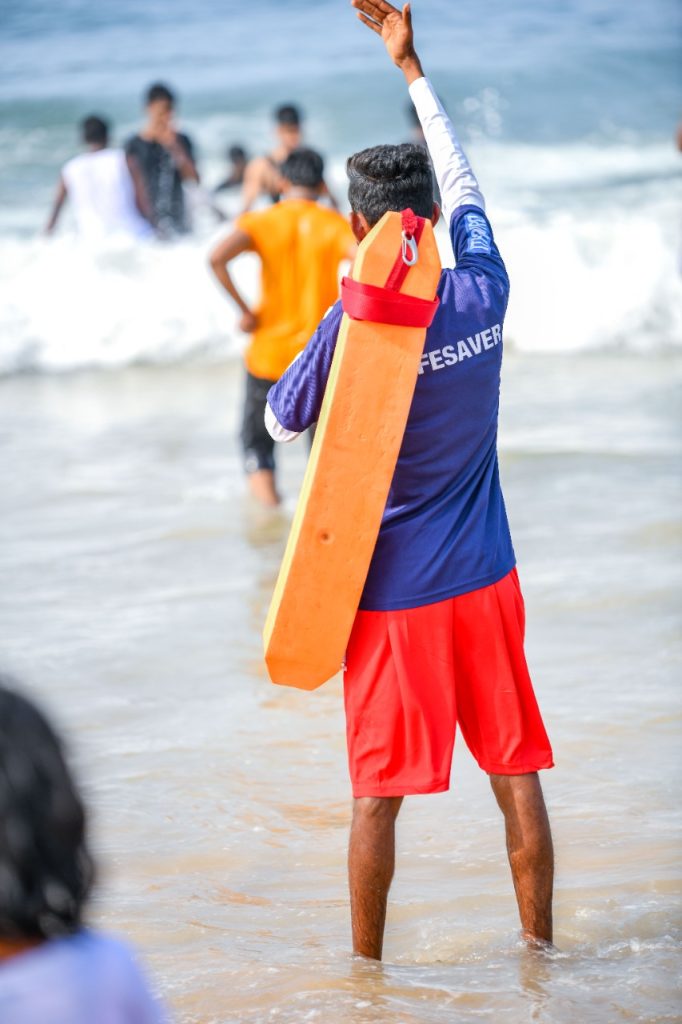 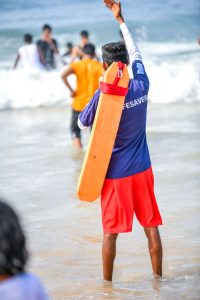 Goemkarponn desk
PANAJI: Nine Russian tourists were rescued off Mandrem and Morjim beaches, even as five other persons were rescued along Goa’s beaches, which saw tourists visit the state’s coastline by droves over the Christmas weekend.
At Mandrem, two Russian nationals, aged 67 years and 41 years, respectively, were overcome by a rough current.
The mother and daughter were pushed apart by powerful waves and were struggling to swim back to shore. On noticing the struggle, lifesavers Karan and Rohit rushed to their rescue with the help of rescue tubes. The lifesavers brought the individuals back to shore and conducted a few medical tests before releasing them.
Another Russian national aged 28 years was also caught in a rip current on the same beach and needed rescuing by lifesavers Rahul and Akshan, with the help of a jetski and a rescue tube.
Morjim beach accounted for three double rescues involving Russian nationals. Lifesavers Amon and Pramod came to the aid of a male and female, aged 38 years and 18 years, who found themselves in a difficult situation in the waters after being hit by a rough tide.
In another incident, a lifesaver patrolling on a jetski was hailed by two individuals aged 33 years and 30 years, who sought assistance in returning back to shore as they were unsure how to swim back. Lifesavers, Suresh and Dinanath, with the help of jetskis and surfboards, rushed into the water after two other individuals, in a group of eight, were caught in a rip current, leaving them helpless in the water. They were safely returned to shore.
The Christmas weekend also saw five other rescues across the coastal belt of Goa. Morjim, Vagator and Mandrem accounted for most of the rescue incidents.
Additional lifeguards were deputed to popular beaches, and midnight shifts for lifeguards were introduced by Drishti Marine last week as a strategic measure to safeguard lives at Goa’s beaches and other water bodies, keeping in mind the additional footfall of visitors during the festive period.
In addition to the rescues, Drishti lifesavers were responsible for the recovery of six missing children and one adult on the beaches of Calangute, Mandrem, Colva and Baga.
At Calangute beach, there was a double rescue involving residents of Mumbai and Bengaluru between the ages of 25 years and 27 years. Vagator beach reported one rescue of an individual from Rajasthan who was caught in a rough rip current, while Colva and Palolem both reported a rescue each on the respective beaches.
Drishti lifesavers assisted in the recovery of six missing children, the youngest of whom was a two-year-old, and the oldest was nine years old. Each operation involved a jeep, with announcements made over the PA system.
A male resident of Jaipur, aged 24 years, was reported missing on Baga beach by friends from his group. Upon receiving the information, Drishti lifesavers set out to look for the individual. The search operation was carried out at sea using jet skis and on land with the assistance of a jeep. The 24-year-old was later discovered in a shack on the shore after a thorough search of the area.