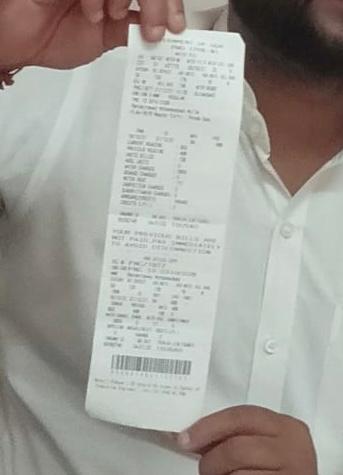 Goemkarponn desk
PONDA: On August 15, Chief Minister Dr Pramod Sawant showed a carrot of 16k litres free water, but four months down the line, that announcement has become a nightmare for the Goans
Forget getting free water; the people are getting four to five-time more bills, which has hit the common man badly.
In Ponda, locals have started voicing their concerns and agitations.
One such shocking bill was received, which was around Rs 1.5 lakh for domestic consumers.
Ever since the water consumers started receiving water bills according to the new hiked water tariff, the PWD Office at Daag–Ponda has witnessed a rush of water consumers with complaints of inflated water bills.
Compared to old tariff rates, the new rates are hiked manifolds. The bills too received by many consumers are hefty, inflated beyond the understanding of people as many complainants produced bills ranging from Rs 5000 to Rs 12000, which they claim they can’t afford to pay. The Pondaitees have demanded to scrap the new water tariff rates.
The panic consumers have demanded scraping the new hiked tariff as it wastes their time in PWD Office to rectify bills.
The staff working in PWD too said that everyday citizens visit the office with complaints of hefty bills, and they are trying to find out the solution, but it is not their hand to sort out the issue.
Ponda Citizen group member Sunil Desai said Chief Minister Pramod Sawant should look into the matter, and the new tariff is withdrawn back to provide relief to people.
According to consumers, they were getting monthly bills below one thousand rupees, but since the new tariff was implemented in the past few months, they have started getting bills ranging from Rs 5000 to Rs 15000.
Meanwhile, Ponda Citizen Group today held a press briefing, and member Sunil Desai demanded to withdraw back the new hiked tariff, stating that the new hiked tariff rates lead to inflated bills that consumers can’t afford to pay.
In another press conference held by MGP leader Dr Ketan Bhatikar, he displayed a bill of Rs 1.50 lakh received by one consumer at Nagzar –Curti.
When questioned, the PWD billing section staff said the consumer might have consumed that much water, so he got the hefty bill.
When contacted the family at Nagzar, they pointed out they had complained about the bill and meter when they saw suddenly they received Rs 50,000 bill with unit consumption also increased too suddenly 3000 units. They were not in a position to pay this much amount. However, despite the meter changed by Department within a few months, the bill went on increasing, and now they got a bill of Rs 1.50 lakh in which Rs 1.46 lakh is shown as arrears. 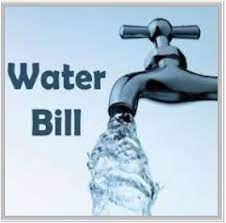 The family said they were shocked by this bill and demanded to rectify it.
Dr. Ketan Bhatikar said several people are complaining about exorbitant bills. It may be recalled that a few days back, the consumers had led morcha to protest against hefty bills at the PWD office.
Meanwhile, after the government announced the free water scheme, some consumers with two to three family members consuming below 16 units receive zero bills.
Thus some families are happy with the free water scheme, while some families consuming above 16 units per month are panicking with inflated bills in their hands at the end of the month.

CM says No chance for migrants to take Jobs in Goa if….

Goemkarponn desk PONDA: With initiatives of the Goa Government, there are a lot of job opportunities for Goans; no Goan youths would remain unemployed; however, ... Read More