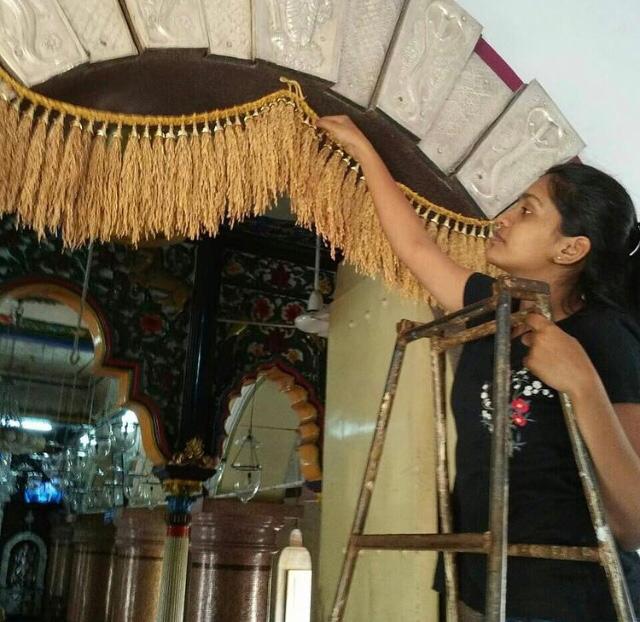 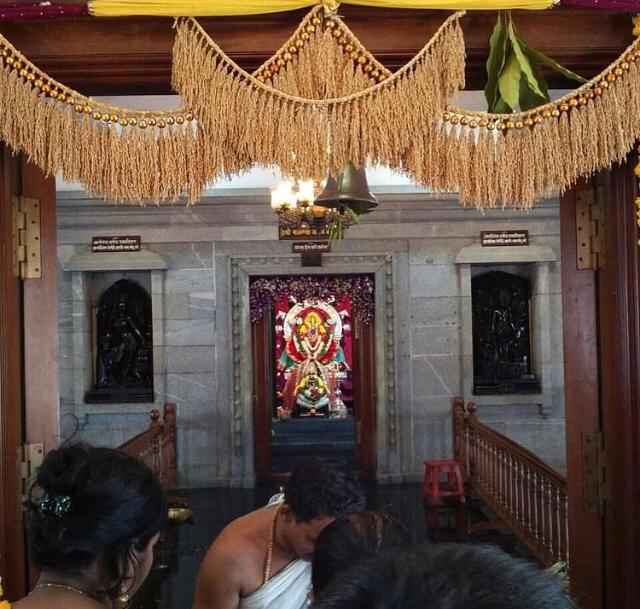 SHIRODA: The Shiroda Kamakshi temple attracts thousands of devotees during Amavasya (New Moon) Day every month, but this time, the devotees had the added advantage of going through an exhibition of various religious art pieces like “Jhele” and “Toran” made from dried paddy.
The exhibition was put up in an Ancestral house in the temple compound and displayed various items made of paddy, a traditional Goan art that was almost forgotten for years and is being revived by a young, energetic girl Maithili Pradeep Shirodkar.
Shirodkar speaking to reporters, said that the items made by paddy signified prosperity, happiness and peace and are quite a in demand.
“These paddy Torans and Jhele have been offered to God for ages; some even worship paddy because it signifies that the house will never face scarcity of food. Earlier, the people used to have these paddy Torans in the house, and some would preserve this as a sign of biodiversity, and our family wanted to keep this ancient tradition alive and revive the almost forgotten Paddy art,” said Shirodkar.
Shirodkar said his father took a lot of effort to learn the paddy art by visiting artisans from different parts of Goa.
“He then started working on making paddy items and started to offer them to people to express love for God through art. However, as technology advanced, art started dying slowly, and we started having exhibitions and selling the items. We got a tremendous response for the items, and people started buying Torans for housewarming ceremonies and other family functions. Earlier, there was no availability of these products, but through these exhibitions, people started buying these products,” said Shirodkar.
Maithili said that, however, her father expired in 2015, and the paddy art making at her house went to a total halt.
“My father’s death affected my family and me a lot, but then I decided to keep the legacy alive and choose his path of keeping the tradition and art alive. I followed up and learnt the art and started making items of paddy. My father used to put up an exhibition every year during the Amavasya before Ganesh Chaturthi, and I now continue the trend and keep the exhibition in his name in our house, on the Amavasya before Ganesh Chaturthi. I wanted to take this art to the people and keep the tradition alive, and I took up this responsibility a month after my father’s death. It does not matter if we get customers or not, but I want to complete my father’s dream of keeping the art alive,” said Shirodkar
Shirodkar added that she now conducts workshops to teach people about making some beautiful items with Paddy Craft.
“I conduct workshops to teach this art through the Art and Culture department and carry out classes through Panchayat levels. Many of the Panchayats contact me, and I carry out classes to teach the people this forgotten art. The people can always contact me in case they want to learn the art and help us achieve the dream of keeping our tradition and art alive,” said Shirodkar.