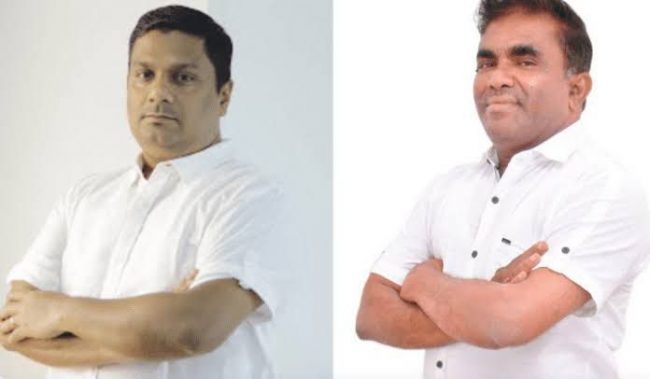 PANAJI: The Aam Aadmi Party’s MLAs, Capt. Venzy Viegas from Benaulim and Engr Cruz Silva from Velim boycotted the two-day training session organised for newly elected MLAs by the Goa Legislature Secretariat on Monday.
The training session, which began on Monday, is being organised by the Goa Legislature Secretariat at a five-star resort in association with Pune-based Rambhau Mhalgi Prabodhini.
The party stated that the organisation chosen to provide the training was a propaganda agency of the BJP, and it was wrong of the Secretariat to allow an ideologically-biased outfit to be involved in such an important session of the State legislative assembly paid for with taxpayers’ money.
The Goa Legislative Assembly had scheduled a training programme for the first-time MLAs since 19 out of 40 MLAs are first-timers in the Assembly.
The party criticised the expenditure and efforts on the session, pointing out that in 2017, a similar training session was held for just one day at the assembly complex itself. The agency which did the training then, PRS India, is an independent & respected name in legislative research and political transparency.
AAP Benaulim MLA Capt Venzy Viegas said that the Legislature Department already has a well-trained staff which does not require the help of an RSS-backed NGO (Rambhau Mhalgi Prabodhini) to conduct such training.
“Well-trained staff of the legislature department have been proactively helping MLAs through the procedures of the house,” he said, noting that the same staff would have provided better orientation to MLAs.
Moreover, he questioned why the program was held in a five-star resort when the state has an Assembly complex that is well equipped.

BJP spokesperson supports demand for reverting CCP back as municipality

Give financial relief to common man;  learn from Arvind Kejriwal in Delhi: AAP

Goemkarponn desk PANAJI: The Aam Aadmi Party has demanded that the Goa Govt provide financial relief to those who depend on daily earnings, stating that ... Read More

NEWER POSTHeavy downpour keeps fire officials in Xurchorem on their toes
OLDER POSTMake efforts to digitize all records of Assembly, CM to Speaker