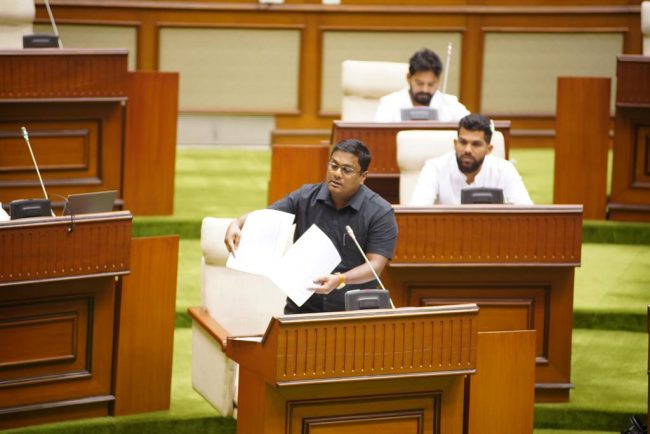 Goemkarponn desk
PORORIM: The Aam Aadmi Party Benaulim MLA Capt.Venzy Viegas took a jibe at the BJP government on Wednesday for its incompetence in education and called for 25% of the budget to be earmarked for education.
Viegas pointed out that while the BJP government had allocated 12 % for the education sector, only 8% had been spent.
Viegas said, “This time, the government has allotted 3850.98 crores to the education sector, which makes up 15 per cent of the budget. Nonetheless, like earlier, the government will not spend the entire budget on education”.
Adding he said, “In the first place, the government allocates less budget to education, and within that budget, they spend less on education”.
“The budget allocation for the education sector should be increased in order to build better infrastructure for students and teachers, conduct teacher training, and build smart schools”, said Viegas.