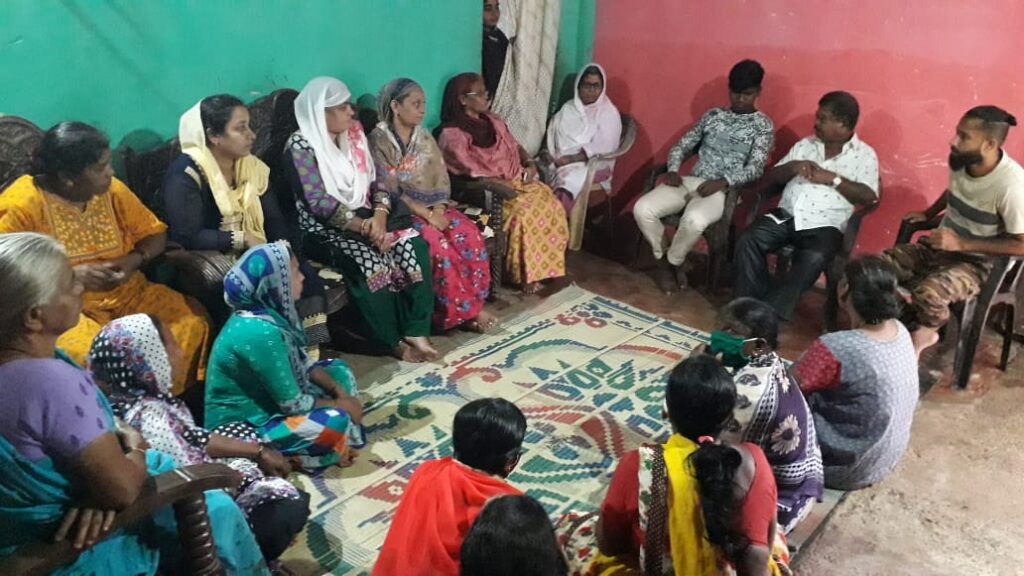 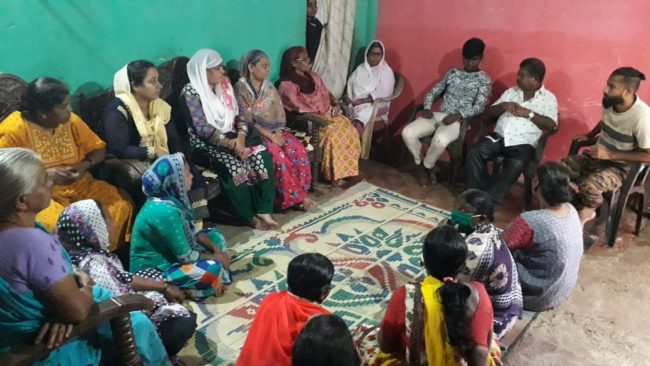 Panaji :The Aam Aadmi Party has been firmly reaching out to the grassroots of Goa with Arvind Kejriwal’s job guarantee. While other party leaders are busy jumping or desperately managing their cadre the AAP was seen steadily building on it’s lead on solid ground work. Party leaders in Navelim, Quepem and Pernem at the beginning of the week have been aggressively meeting residents to both hear their problems and take the message of AAP to the grass roots.
In Pernem the AAP team visited the residents of Dhargal. Going door to door they explained to the residents why Goa is in such a bad state in the employment sector and why Goan youth are not getting jobs. Residents were explained that AAP will not only ensure transparency in getting jobs for Goenkars but will also ensure each family gets INR 3,000 per month till they get jobs. Families who have been impacted by the drop in tourism due to the lockdown were heartened to hear about the 5000 INR support they would receive from AAP.

In Quepem residents met AAP Goa Joint Secretary Raul Perreira. Residents, especially women, were angry with the Govt for failing to support them during the pandemic. AAP has been aggressively holding corner meets in Quepem where they are reaching out to residents in both the urban lanes and the rural parts of the state. Many residents are fed up with Babu Kavlekar who has been involved in sensational news stories that have brought shame to the people of the Assembly. People are also angry about how Babu Kavlekar first won their votes on a Congress ticket and then betrayed them by joining BJP.

AAP Goa Vice President Adv Pratima Coutinho has been going house to house and meeting residents of Navelim. the Assembly which has been orphaned by former Congress MLA Luizinho Faleiro who left the assembly to pursue his own personal ambitions. The residents of Navelim expressed their warm support to Adv Pratima Coutinho. Navelim youth are very concerned about jobs and were happy to hear that AAP was not only promising jobs but providing support till they found jobs. Many Bike pilots on the area have been affected as the pandemic slowed down tourism and they were supportive of Arvind Kejriwals plans to support those who lost work due the drop in tourism with INR 5000 a month.

“The residents of Navelim have warmly been receiving me as they know I am one of their own and have seen me work hard for them. Many of them are angry with the Congress and have told me that they expect only AAP to stand by them. Over the past week I have met shopkeepers, Gaado owners, women self help groups, taxikars and bike pilots. They are all angry at the Govt for not supporting them during the lockdown and are all praises on how AAP without any MLA has stood by them.” said Adv Pratima Coutinho AAP Goa Vice President.

“The residents of Quepem have tried both BJP and Congress and are frustrated with both. The last time they voted for Congress, Babu Kavlekar jumped to the BJP. He claimed it was for development but there has been no development in Goa. They now say that they only believe in AAP !” Said Raul Perreira AAP Goa Joint Secretary

“Goenkars have welcomed AAP with open arms wherever we go to meet them. They know that AAP is the only party on the ground standing with them” said Rahul Mhambre AAP Goa Convenor