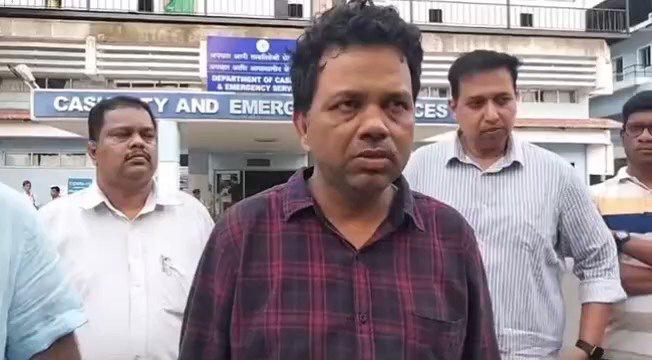 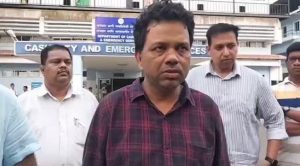 Goemkarponn desk
PANAJI: High Court of Bombay at Goa has directed the state government to file an affidavit before December 20 in the Advocate assault case.
The HC has also issued notices to DGP, SP Crime, PI Porvorim and four policemen involved in the alleged assault of Advocate Gajanan Sawant.
Head Constable Sandeep Parab and constables Mahadev Naik, Amrut Nagvekar (Robot – 8), and constable driver Marcus Gomes (Robot – 8) were suspended on Tuesday.
Following the FIR against Gajanan Sawant from Thivim for allegedly assaulting a police officer and obstructing other police officers from discharging their duties, the Porvorim police registered another FIR for an attempt to murder head constable Sandeep Parab, three policemen and others for allegedly assaulting the lawyer.
After meeting the CM at his official bungalow in Altinho, Adv Raut and others arrived at the Crime Branch. They informed the lawyers assembled that the CM had promised an impartial magisterial inquiry into the matter along with the suspension of the accused.
The lawyers were then asked to disperse from the protest site. However, some lawyers were seemingly not happy with the decision as they said that their demand is that the main accused has to be arrested and not just suspended.
The incident occurred on Thursday in Porvorim, where policemen were attending to a distress call over an apartment issue.
The second FIR was registered based on the complaint filed by the wife of the advocate, where she alleged that the policemen assaulted her husband when he went to meet his client over the apartment issue.