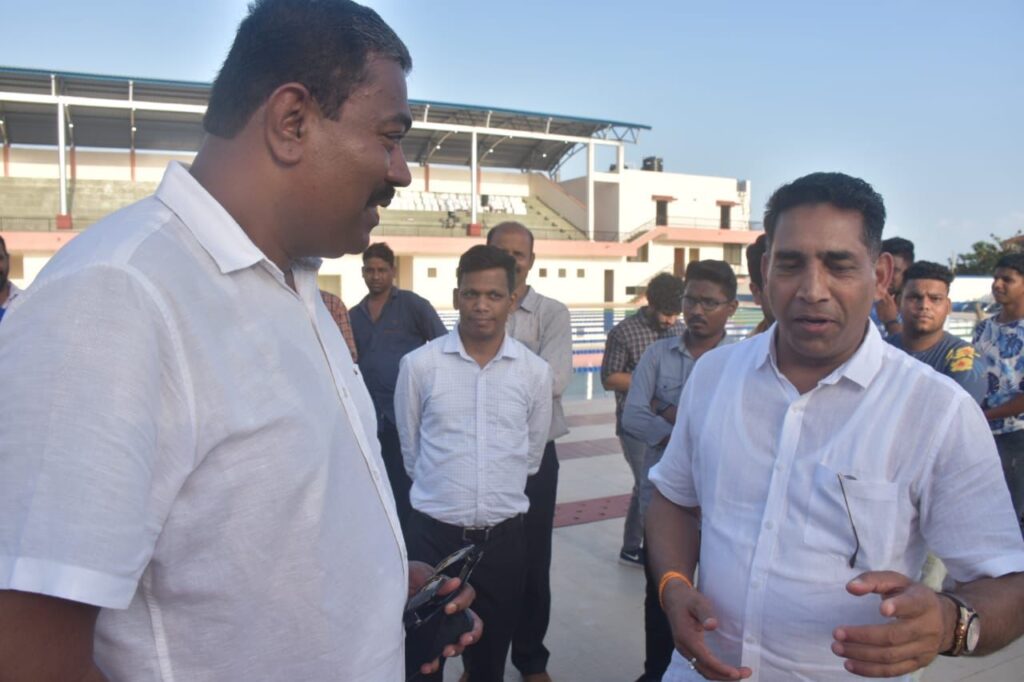 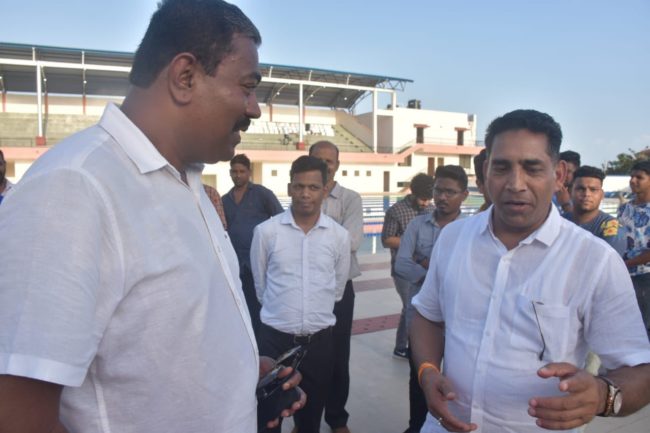 VASCO: Mormugao MLA Sankalp Amonkar was quick and witty enough to reply to a statement made by Panchayats Minister Mauvin Godinho during the inauguration of the swimming pool complex at Sada. Amonkars quick reply not only upset many BJP leaders but was welcomed by claps, cheers and even whistles by the people present during the function after Amonkar maintained that his luck was not the inauguration of the project, but his luck was in the love of the people who elected him as their MLA.
Amonkar said that though the newly inaugurated swimming pool complex was the first development project inaugurated in his tenure as the MLA, he did not want to take credit for it.
“Godinho has said that I was lucky and destined to have inaugurated a ready-made development work, but these works were taken up by previous MLA Milind Naik, but Governance is a continuous process and many projects taken up by previous governments are taken by new legislators or ministers. This project is destined to be inaugurated in my presence only because the people have elected me as their MLA. I will take credit only when I take up development works and complete it as the MLA, ” said Amonkar
“I, however, urge both the ministers to concentrate on the maintenance works of this project so that this does not become another white elephant,” he said.
He added the project should be utilised to the maximum because this pool is of international standards, but the only issue is that the foul smell emanates from the Garbage dumping site in the nearby vicinity to this complex, and this will affect the people and sportspersons arriving here.
“The garbage issue must be tackled on top priority if the infrastructure has to be put to full use,” said Amonkar.