….and finally, the Katkari community see the light on 75th I-Day 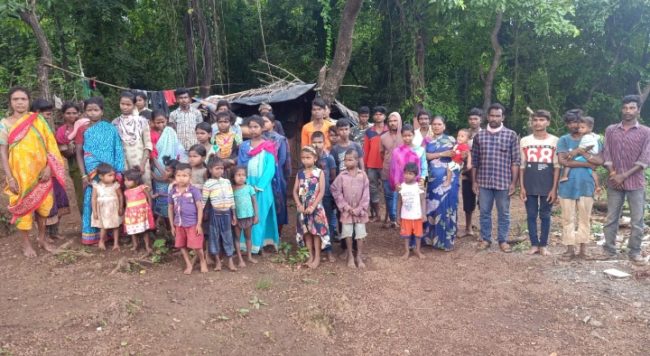 The Katkari community is a nomadic tribe; they are poor people who live by wandering around the forests only. The tribe is known as the Vanarmari tribes.
However, the word has not been used in recent times.
For the last few years, the same people have been living in the forest near Sant Sohirobanath Ambiye College in Virnoda, Pernem.
About five or six families have been living here for a long time.
Living a tribal life, these people have no facilities, let alone huts made from forest woods and coconut leaves, their refuge. 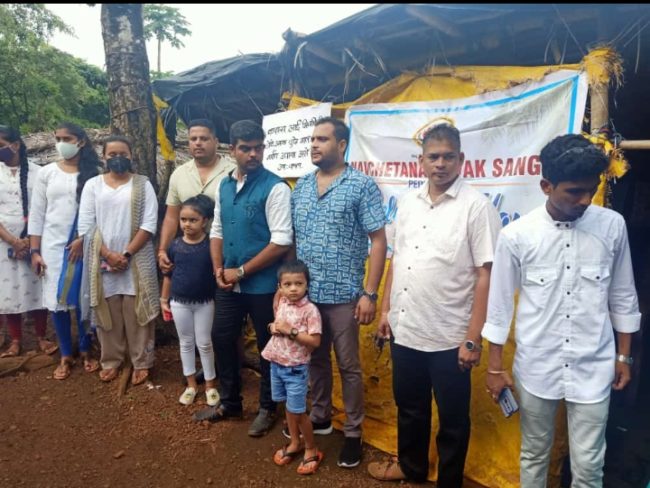 How do these people live their lives in the rain and cold wind? Even though we live in the modern computer age in the 75th year of independence, their huts were not lit until yesterday.
The moment of humanitarian work was marked on Independence Day with the inspiring thoughts of Krishna Palayekar, the head of the Chetna Yuvak Sangh.
The light was contributed by the philanthropist Viraj and Vinod Harmalkar of Korgaon.
The Harmalkar brothers provided solar-powered electricity to the Katkari family’s hut at their own expense.
The Chetna Yuvak Sangh has not only to provide light but also to these families hope for the education of their children, who were deprived of that till now.
They do not even know what online classes is. This Noble work has not only given light but has brought the schools to their huts within their four walls.
Chetna Yuvak Sangh has promised that the teachers will visit their huts at least three times a week to teach their children.
Moreover, the Chetna Yuvak Sangh hes also helped many people during the COVID19 pandemic serving them food and other necessities.