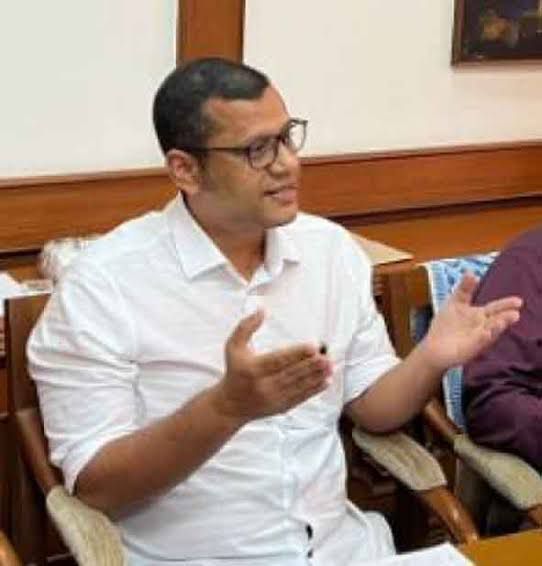 Goemkarponn desk
MARGAO: As Mormugao Port Authority gives massive relief with a downward revision of tariffs for Handling & Storage of Coal to Adani Mormugao Port Terminal under the pretext of 4 Lane Connectivity Highway not operational, I demand Chief Minister Dr Pramod Sawant must give Road Tax Exemptions to Goans for Pathetic Road conditions in Goa, demanded Congress Working President & MLA Yuri Alemao.
“Relief given to Adani Mormugao Port Terminal by Mormugao Port Authority vindicates the Congress Party’s stand that the Three Linear Projects are only to facilitate the Crony Club of the BJP. I again demand that Chief Minister Dr Pramod Sawant & Transport Minister Mauvin Godinho must reveal the Revenue generated by the Government of Goa from Cess collection on Coal Transporation till date,” stated Yuri Alemao.
If the Mormugao Port Authority can give relief to Adani, Who stops BJP Government in Goa from giving exemptions on Road Tax to the Goans for pathetic road conditions across the State, questioned Yuri Alemao.
“It is loud and clear that all the infrastructure created in Goa, such as Railway Double Tracking, Widening of Highways and Laying of Power Transmission Lines is only to help the Crony Capitalist friends of BJP. The Major Port Act brought in by the Modi Government was another cruel step by the BJP Government to destroy Goa. I appeal to people to wake up before every Village & Town in Goa is captured by the Corny Capitalists pushing the Goans on Roads,” Yuri Alemao said.
“I had raised the issue on the Revenue Generated by Goa Government from the Cess Collection of Coal Transportation in the last Assembly Session. However, Chief Minister Dr. Pramod Sawant and Transport Minister Mauvin Godinho conspicuously avoided giving the information. There is a Scam in Cess Collection as I have a strong feeling that BJP Government has given considerable relaxations to the Coal Transporters,” Yuri Alemao said.
The Double Engine BJP Government’s only plan is to provide maximum benefits to Crony Capitalists causing massive loss to the Government on the one hand and, on the other hand, suppress the Common Man, stated Yuri Alemao.