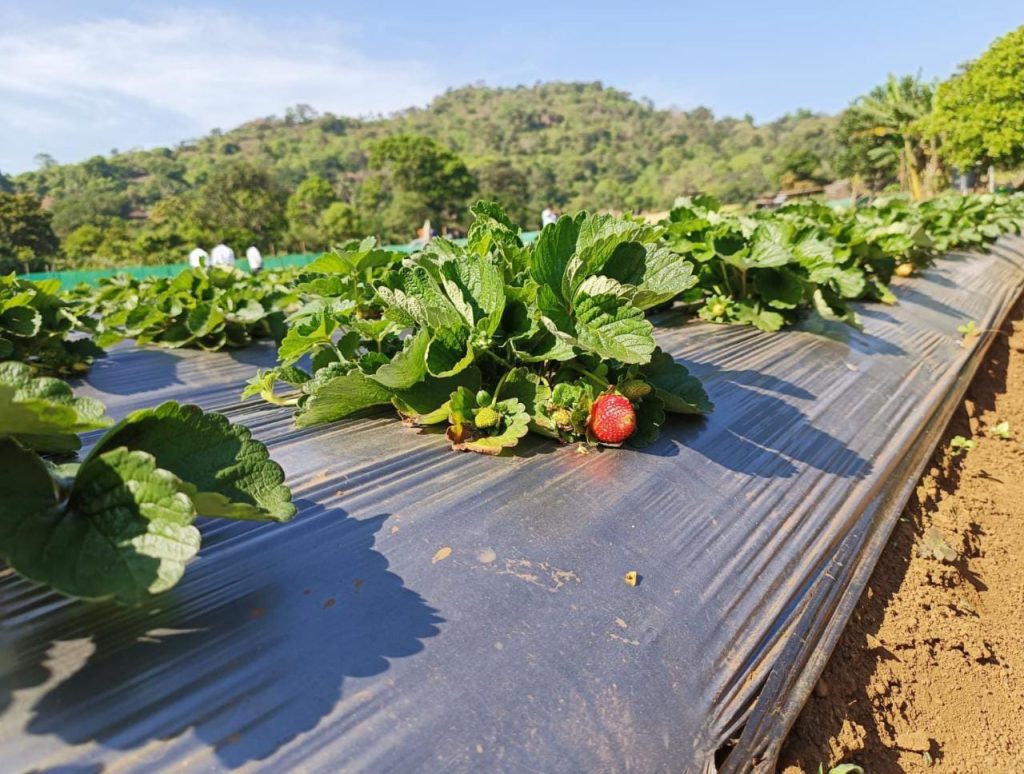 VERLEM: State governments Atal Gram Yojana to boost ecotourism encouraged the strawberry farmers of Verlem to grow Apple trees in their farms.
“The State government initiated State driven Atal Gram Development Agency have encouraged the villagers to set up two more strawberry farms in the village, said Gaonkar, a strawberry farmer. Adding he said thr strawberry farming is a labour intensive crop a d is grown by women’s Self Help Group’s of Verlem. We as a family sometimes come to help them, he added.
“This time we have cultivated Apple trees on the small area of our farmland. We thought of adopting a new crop to gain an idea about whether any other winter crop other than strawberry can sustain in this environment or not. Till now, the trees have grown almost upto the height of knee. We can think of growing Apples along with strawberries if this experiment succeeds”, he added.
Stating that they sell 250 gm strawberry box at Rs 80, Laxmi Gaonkar, a member of the Bhumika SHG said that Verlem attracts many tourists, especially over the weekends. “Many a times during weekend it so happens that due to multifarious tourists, we fall short of strawberries.
In addition to strawberries, we have grown cauliflower, potatoes, wild goose berries, watermelon, tomatoes along with red Amaranth leafy vegetable in small portion of our farmland. She informed that the season of strawberry begins in December and last till March and that they charge a visitor visiting the farm an entry fee of Rs 20 per person.
Adding she said, all the strawberries which are harvested in the morning gets sold out at the farm site only. “We don’t really have to go to the market to sell it”. According to her the retail sales at the site have picked up well due to wide publicity.
Strawberry plantations at Verlem and Tudov villages situated in the hilly areas of Sanguem have been attracting hundreds of visitors to taste freshly plucked strawberries directly from the farm past many days.