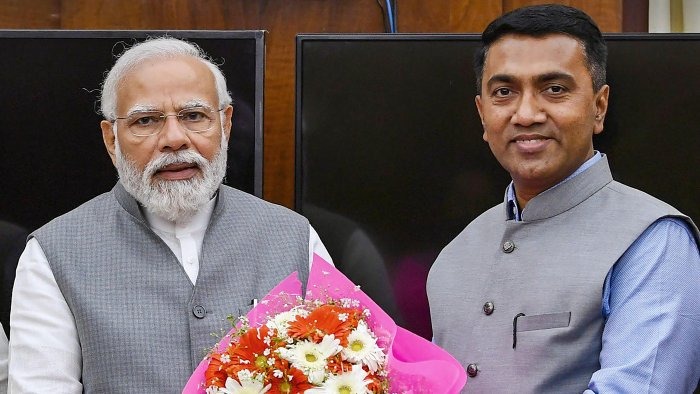 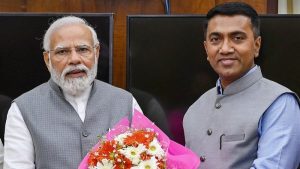 Goemkarponn desk
DABOLIM: Chief Minister Pramod Sawant today said the state government still needs to receive an official confirmation from the Prime Minister’s Office (PMO) regarding his visit to Goa to inaugurate the New Goa International Airport.
“We have still not received confirmation from the PMO, but the tentative date of inauguration of Mopa Airport is December 11. PM Modi will also inaugurate the Ayush Hospital during the same visit,” said CM Sawant after his arrival from Delhi.
He further said that he discussed various projects related to Ayush with Union Minister Sarbananda Sonowal.
“I had gone to Delhi today in view of Municipal Corporation of Delhi Elections campaigning,” he added.
Sawant said that Sawant said the central government schemes such as Swadesh Darshan Scheme and Prasad Scheme, which are aimed at boosting tourism across the country, will re-energise the tourism sector across the country.
“Tourism sector can grow through an integrated and focused approach to developing infrastructure, ensuring the safety and security of tourists, and by upskilling and reskilling human resources,” he said.