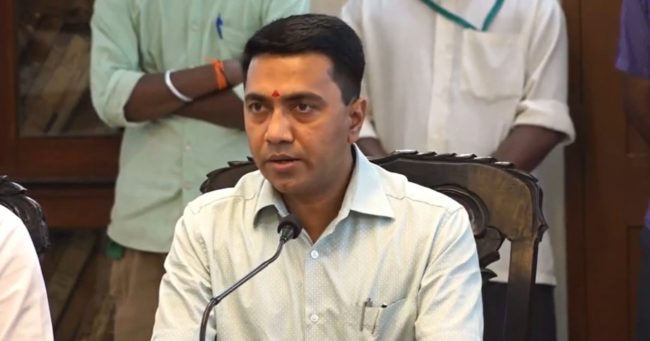 PERNEM: Chief Minister Pramod Sawant today said that AYUSH Hospital at Dhargal will begin operations in June.
“People related to this project met me four days back and told me that they want the AYUSH Hospital to begin operations in both Hospital and College from June,” said Sawant.
He further informed that the state government is looking to start the hospital in June after taking in all permissions from various departments.
“Several permissions will have to be taken from the central AYUSH ministry,” he added.
In 2018, the foundation stone was laid for the construction of the All India Institute of Ayurveda, Yoga and Naturopathy at Dhargal, which is an extension of the All India Institute of Ayurveda New Delhi.
The Dhargal hospital is a 250-bed facility and will also offer undergraduate, postgraduate and PhD degrees to 500 students every year.
The Ayurveda section has a provision for 100 beds, while the naturopathy section is of 150-bed capacity.
The institute will also have a yoga department, besides other facilities, it was stated.

Issue-based support to BJP was for development of constituency: Churchill

QUOTE If you cannot understand political strategy, how could I explain it? I did not join Vajpayee when he wanted just one vote, and his ... Read More

Goemkaponn Desk PANAJI: Amidst rising cases of COVID-19 in the state, the Directorate of Education (DoE) has permitted students of class IX and Class XI ... Read More

6 cases of black fungus reported in Goa; HM says his team in touch with expert doctors