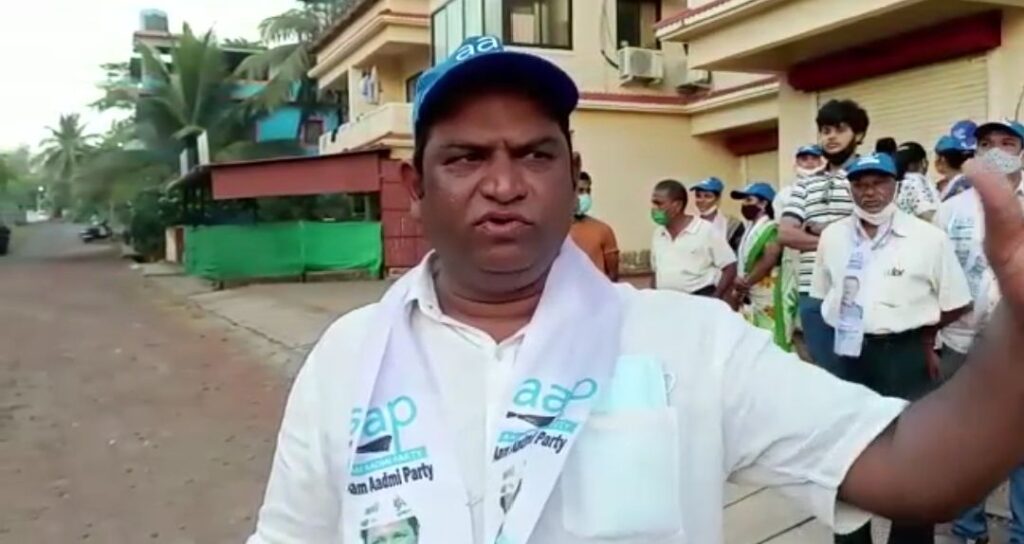 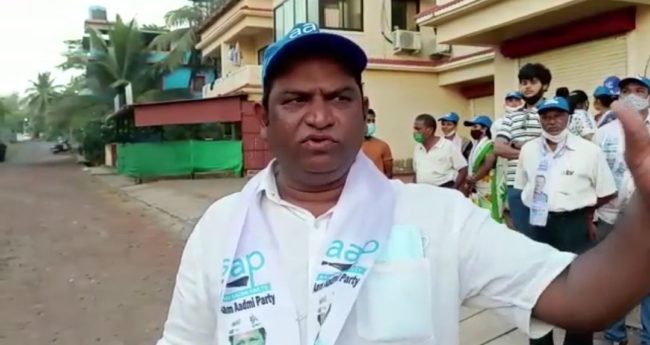 Aam Aadmi Party candidate Babu Nanoskar slammed Dabolim MLA Mauvin Godinho  for the delay in finishing his road project near the Dabolim railway station which he began 10 years ago.

During a door-to-door campaign in Dabolim Constituency many residents had complained about the unfinished road near the railway station. The project is delayed for years now and unfinished road has been causing inconvenience to commuters for years.

“Godinho, who has been claiming to have done a lot of developmental work in Dabolim Constituency, ought to explain why this road project has not yet been completed?”, Nanoskar questioned.

“In addition to the Railway Station area, there are many other places in the Constituency with poor road conditions that pose challenges to commuters.The Dabolim MLA has failed at providing basic amenities to his constituents”, he said.

“While the BJP promises five years of Samruddhi, their own MLA has not yet been able to complete road construction near the railway station area”, he added.

Speaking of his door-to-door campaign, he said, “AAP has been receiving overwhelming support from the people. Dabolim people, who are tired of high water and electricity bills, are looking forward to the free electricity and water guarantees promised by AAP national convener and Delhi CM Arvind Kejriwal”.