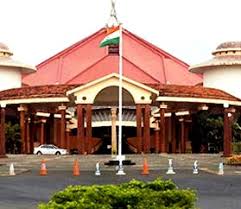 Panaji: The Business Advisor Commission (BAC) of the Goa Legislative Assembly today finalized the business for the four-day session, scheduled to be held from January 25 to January 30.
As per information available provided by Panchayat Minuister Mauvin Godinho, five government bills will be tabled in the house including the controversial Goa Municipalities (Amendment) Ordinance, 2020, Goa Motor vehicle Amendment Bill, Goa Regulation of House Building Advance Bill, Goa Non-Biodegradable Garbage Control Amendment Bill and Goa Fiscal Responsibility and Budget Management Bill.
Godinho further said that more government Bills could be added post the Cabinet meeting scheduled next week.
Three calling attentions have been allowed per day, he added.
Government does not want to curtail discussion on important issues but the duration of the session has been kept short due to Pandemic, he said.
The legislature secretariat has received 751 questions for the 4 day session, of which 195 are starred questions.