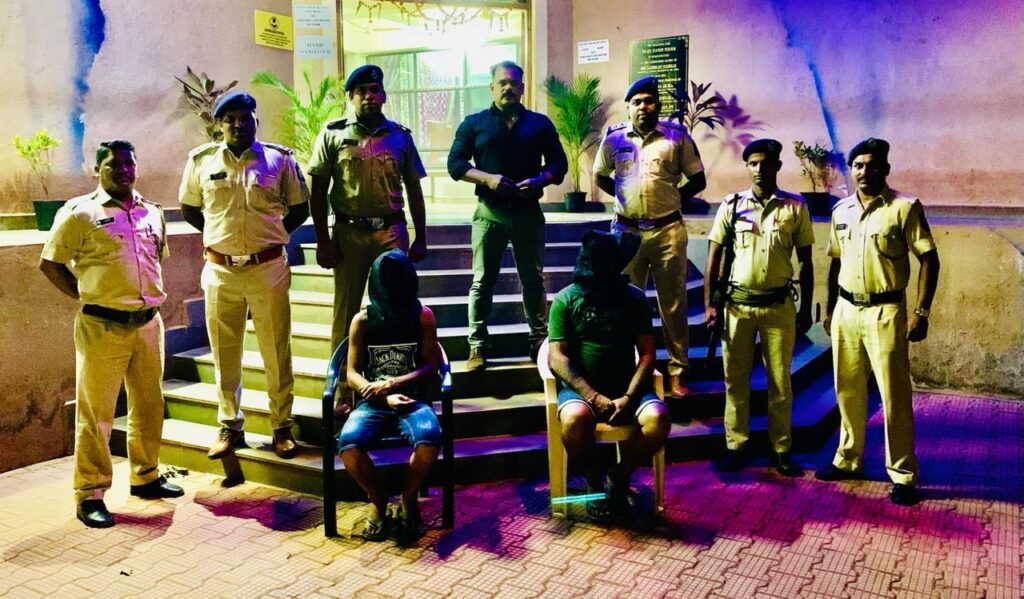 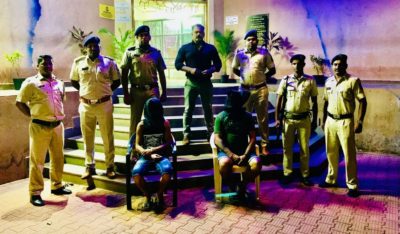 Pernem Police conducted a raid at Harambol on 20/11/2020 and arrested 02 staff for possession of drugs.

As per PI Jivba Dalvi information was received regarding owner and staff of Mango Tree Shack, Harambol working as drug peddlers.

Accordingly a raiding team was prepared led by PI Dalvi which laid a trap at the Mango tree Shack posing as customers and finally raided the Shack at 16:25 hrs and subsequently 02 persons 1. Vikas Ranjit Singh, age 42 yrs and 2. Mahendra Shersingh Thakur, age 25 yrs, both native of Himachal Pradesh were caught with possession of Ganja worth Rs. 10,000/- and Charas worth Rs. 10,000/- respectively from thier shack.

It is learnt that accused Vikas Ranjit Singh had taken the shack on rent from a local person and he was running it while accused Mahendra Thakur was working for the Mango tree Shack.

An offence under section 20(b)(ii)(A) of NDPS Act has been registered.

The raid was conducted under the supervision of SP North Shri. Shobit Saxena, IPS and SDPO Mapusa Gajanan Prabhudessai.