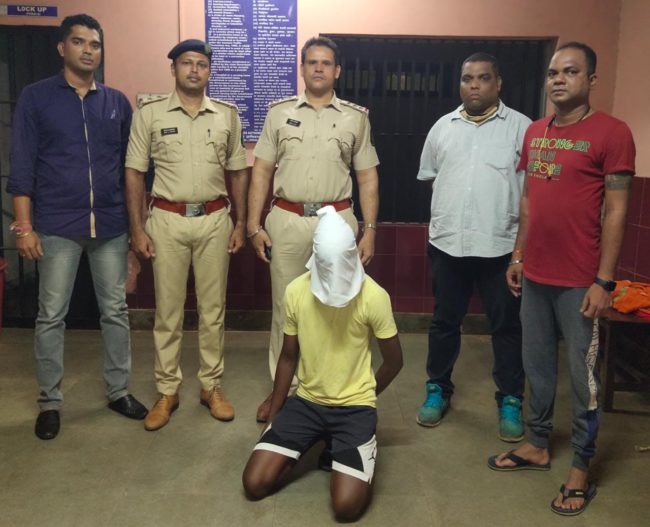 VASCO: Vasco police has arrested one youth for assaulting and murdering one beggar from Vasco.

The police have managed to solve the case within 24 hours. The police claimed that the verbal argument turned into a fight and the accused person reportedly assaulted the deceased with a wooden stick due which led to his death.

The accused has been identified as Pruthvi Chauhan (19) resident of Kharewaddo Vasco, the Vasco Police station team led by Police Inspector Kapil Nayak solved the murder case of Ramesh Chauhan, resident of Linsur Thana, Maharashtra, whose dead body was found lying near a famous restaurant in Vasco.

According to the press release issued by Abhishek Dhania, IPS Superintendent of Police (South) Margao on Friday, information was received at Vasco Police station that a dead body of a male person was lying near a famous restaurant in Vasco. In this connection unnatural death under section 174 CrPC was registered at Vasco Police Station.

A thorough inquiry was conducted in the nearby locality and the deceased was identified to be one Ramesh Chauhan, r/o Linsur Thana, Maharashtra who was a beggar/labour and was a chronic alcoholic. It was also revealed that the deceased was working at one of the kiosks near Vasco Railway Station.

Furthermore, the dead body was referred for the Post Mortem examination at Goa Medical College hospital Bambolim. After the detail autopsy over the dead body, the foul play was suspected into the death of the deceased. Accordingly a murder case was registered at Vasco Police Station under section 302 IPC and the investigation was taken up.

Further, through local intelligence, the accused namely Pruthvi Chauhan was detained and brought at the Police Station and during the interrogation, he reportedly confessed of having committed the above crime.

Godinho targets Oppn for misbehaving in the Assembly

PANJIM: With one Official testing Covid Positive, the entire office of Department of Information and Publicity (DIP) will remain closed for next 48 hours from July ... Read More

The State Secretariat Staff on Wednesday closure of the campus for three days in wake of rising cases of COVID19 in the Secretariat. The staffers ... Read More