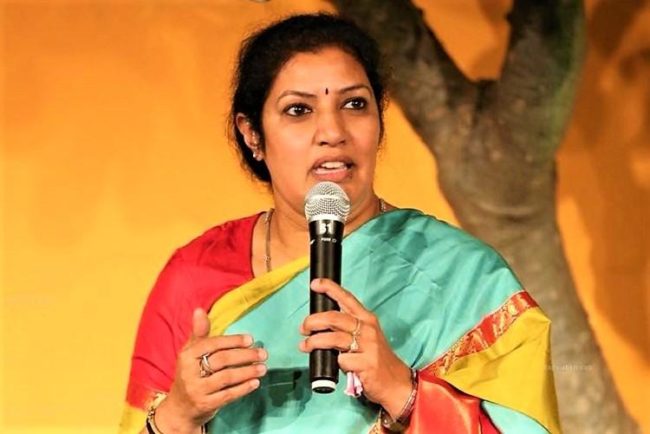 PANAJI: Bharatiya Janata Party (BJP) National General Secretary Daggubati Purandeswari today said that she was not aware of the Bhumiputra Adhikarani Bill and why there was such opposition and that the bill was brought in an attempt to protect Goan land.

“I was not aware of the Bhumiputra Adhikarani Bill and why there was is opposition. I am sure the Chief Minister Pramod Sawant will come out with the clarification on the same,” said Purundeswari

She further said that she cannot comment any futher on the bill as she has not studied the same.

“According to Goa Bhumiputra Adhikarini Bill, any person living in Goa for last 30 years will be a Goan. In my opinion this bill will protect Goan lands,” she said

Speaking on upcoming elections in 2022, Daggubati said that she was confident that the BJP will come back to power again in 2022.

She said that she attended state office bearers meeting in the presence of Chief Minister Pramod Sawant and NRI Commissioner Narendra Sawaikar.