Bihar is the next Film making destination, says Art and Culture Minister of Bihar

Bihar government will develop Bihar as a Film making destination 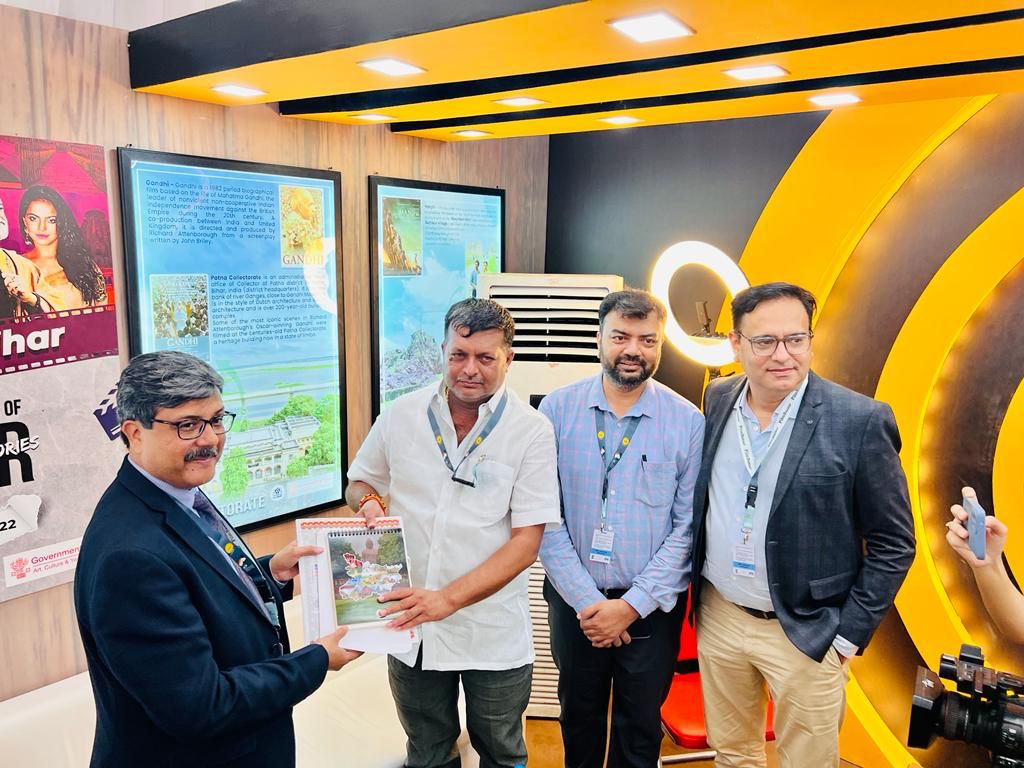 Goemkarponn desk
PANAJI: Mr. Jitendra Kumar Rai, Hon’ble Minister, Art, Culture and Youth, Government of Bihar, in a press conference organized at the Bihar Pavilion of Film Bazaar today, reiterated the commitment of the Bihar Government to develop Bihar as a centre in film production.
While talking to the reporters, the Minister explained about the unexplored, untouched places of Bihar, historical monuments, religious circuits and rapid infrastructure development that’ll attract filmmakers all over the country and abroad.
Discussing the upcoming new film policy of Bihar, he assured that the government is coming up with a comprehensive State film policy considering all aspects, including single window clearance, financial support by subsidies, better security and hospitality services. The aim of the government is to emerge Bihar on the Film, making a map of the country.
Bihar Pavilion has received an astounding response from the Film Fraternity at the IFFI Goa, transforming the image of Bihar to boost tourism and attract people from the film industry to Bihar.
Earlier in the morning, Popular actor-producer Mukesh Rishi, accompanied by Director Mandeep Behl, and Raghav Rishi visited the Bihar Pavilion at Film Bazaar. They were quite impressed by the excellent presentation of Bihar Pavilion, showcasing its beautiful locations, glorious historical heritage and pristine landscape. Appealing to the film fraternity, he mentioned that Bihar has an immense possibility in filmmaking, and they must visit Bihar to truly appreciate that.
Further, Ranjana Dev Sharma (IIS), Additional Director General, PIB, visited Bihar Pavilion at Film Bazaar, Goa, this morning and was impressed by the design and creativity of Bihar Pavilion.
Popular Director-Producer Kabir Khan too had an interaction about Bihar Film Policy at the pavilion with Mr Deepak Anand (IAS), Additional Secretary, Dept of Art and Culture, Govt of Bihar. Meanwhile, Mr Sheo Shankar Shukla (IAS), Principal Secretary, Tourism Department, Govt of Madhya Pradesh, also shared his insights with Deepak Anand regarding the MP govt policy. The two states hoped for collaborative events in future too.