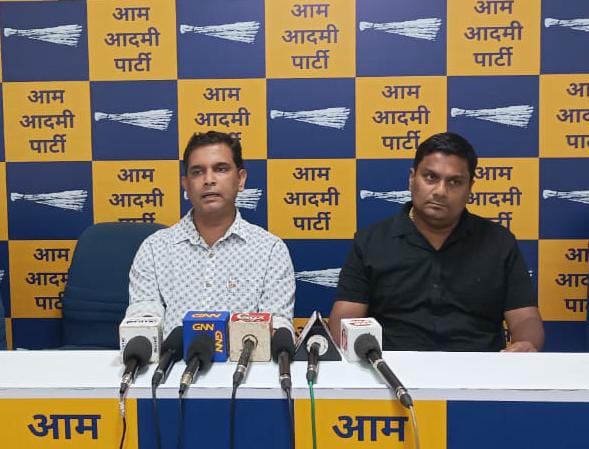 The BJP-Congress tandem is known for post poll settings but this time they are busy with pre-election setups, alleged AAP leader Amit Palekar on Tuesday.

‘’At midnight the cameraperson captured Alex Reginald coming out of the same hotel where BJP held a meeting. When asked about his coming to the hotel, he was not able to answer and left the place in a hurry. Those who make mistakes, they do such acts. Reginald met BJP leader Devendra Fadnavis and therefore he was not able to answer’’, said Palekar.

‘’Congress, the party which was not in the picture during the last five years, were even missing during Covid times. On one hand BJP was busy doing corruption in the name of ventilators and other medical equipment, on the other hand except two Congress leaders rest all were missing. AAP was the only party who stood with Goans during Covid times’’, he said.

‘’Currently, a few AAP leaders have been doing door-to-door campaigns and we have been receiving good responses from the people. They have been appreciating AAP leaders who have done a lot of work during Covid times. The people have extended their support to the AAP’’, he said.

Venzy Viegas, vice president of AAP said,’’ BJP who is not confident enough for their Salcete win, has been indulging into the pre poll setting with its B team that is Congress. At midnight not only Reginald, but other Congress leaders like Digambar Kamat, Girish Chodankar and Alex Sequiera also met Fadanvis. They all met but only Reginald was caught on the camera’’.

Congress is planning to win Salcete seats and then to join BJP. If this statement is incorrect, then Congress leaders should come forward and explain it to the media, demanded Viegas. The entire Congress is involved in the pre poll settings that’s the reason no one is commenting or objecting to Reginald meeting Fadanvis, said Viegas.