BJP government has fulfilled its promises in Goa: Nadda 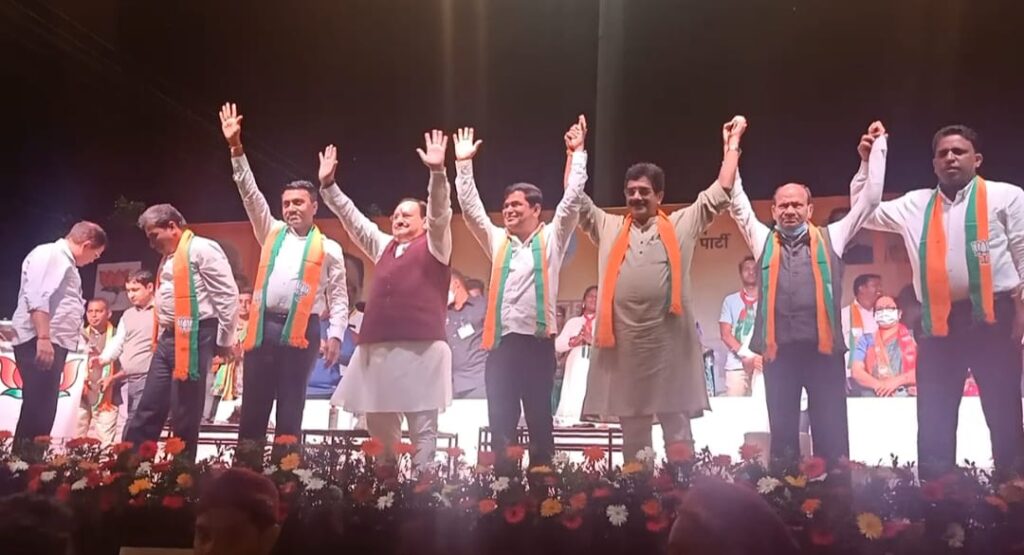 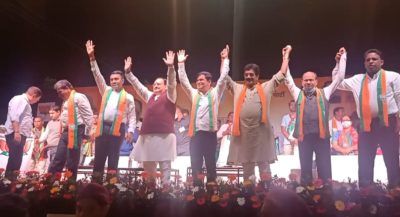 Goemkarponn desk
QUEPEM: National President of BJP J.P. Nadda praised the BJP government for accomplishing and bringing developmental works promised in the state. Chief Minister Sawant takes potshots without naming a political party for its unusual politics and blames them for their quest to acquire power in Goa without understanding the Goa and Goans.
On Tuesday, the BJP national leader, along with the other leaders of the BJP, held a mega public meeting in Quepem. Wherein the leaders, emphasised the developmental works carried out by the BJP govt. And urged locals to support the BJP for the assembly election.
“Earlier, none of the leaders believed that.
BJP would fulfil the promises and works, but we have managed to accomplish it only under Prime Minister Narendra Modi”, said BJP national president Jagat Prakash Nadda at Quepem municipality square in Quepem.
Addressing the gathering, he said that hundreds of people at the meeting showed enthusiasm and support towards the BJP party and the local leader Chandrakant (Babu) Kavlekar.
Nadda further stated that when the Congress government was at the Center, it was making slogans and big promises, and for the subsequent elections, they went ahead with the same promises without accomplishing and implementing them.
He further mentioned the development of the country, stating that now that there are a BJP government Chief Minister and a Deputy Chief Minister here in Goa, they can confidently say that BJP has done development in our region and in the state.
Referring to the existing Zuari bridge maintenance work, Nadda said that the maintenance work of the Zuari bridge has been happening for the past 30 years. It took a long time, and in between, several leaders came and went, the governments changed, but still, the maintenance work on the Zuari bridge was going on slowly. But Today, we can say that the work done in the last three years has been done at a tremendous pace of the new parallel Zuari bridge, and it was only due to the presence of the BJP government in the state and the Modi government at the Center.
Later, addressing the gathering, Goa’s Chief Minister, Dr Pramod Sawant, said that an unusual politics is going on in Goa because some political parties came with no moral ethics. They have come just to establish their power here without proper knowledge of the Goa and Goan people.
“It is not the behaviour or nature of our state, and we have never allowed the establishment of our state to fall victim to our politics,” CM said.
Meanwhile, local MLA and Deputy Chief Minister Babu Kavlekar said, “Today, this huge crowd assures me that no matter how much the opposition accuses us, our party workers and supporters are standing firm with us, whether I am in Congress or in BJP Today.
He further said this is the grand community presence Today where thousands of supporters and workers’ are with us showing their support.
Several BJP party leaders, sarpanches, panchas, Zilla panchayat members and party workers were present.