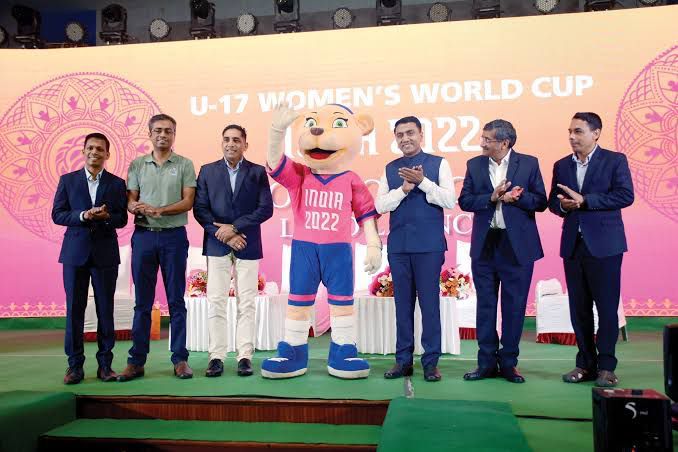 Goemkapronn desk
QUEPEM: “It is really sad to see half the stadium empty during FIFA Under -17 Women’s World Cup matches in Goa. My request to the Director of Sports to issue passes to School Students in Quepem was ignored. The focus of the BJP Government is only on Event Management to make fortunes from its Mission Commission. I demand the immediate intervention of the Chief Minister Dr Pramod Sawant,” stated Quepem MLA Altone D’Costa.
“I am shocked to hear that the U-17 Girls who represented Goa for the 61st edition of the National Subroto Mukherjee Cup football tournament in New Delhi are not invited or given passes for the matches. This exposes the attitude of the BJP Government in promoting football in Goa,” charged Altone D’Costa.
He said he had requested the Director of Sports to issue passes to the School Children from Quepem who were keen to watch the matches.
“Unfortunately, my request was completely ignored. The result is half the stadium remained empty,” pointed Altone D’Costa.
He said the Congress Party had raised the alarm on the tender floated by Sports Authority of Goa for selecting an Event Management Agency for the FIFA U-17 Womens World Cup.
The tender, with an estimated cost of 3.8 crores, was hurriedly awarded, giving less than 24 hours to the selected agency to put things in place. The mess is now out in the open, Altone D’Costa said.
“I was given two VIP passes and only 25 General Passes for the tournament’s first day on the same day. Today, I received 25 passes for the second-day matches. This shows that Government has failed to print and distribute passes well in advance. This shows that the BJP Government’s focus is only on the “Mission Commission”,” said Altone D’Costa.
Chief Minister Dr Pramod Sawant must intervene immediately and allow the football enthusiast school children free entry into the stadium against their identity cards to watch the matches, demanded Altone D’Costa.