BJP spokesperson supports demand for reverting CCP back as municipality 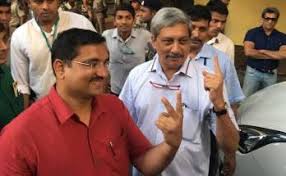 Panaji: Bharatiya Janata Party Spokesperson and former Panaji MLA Siddhart Kuncoliencar has come down heavily on the Corporation of City of Panaji advocating demanding for reverting the Corporation back to municipality.

In a tweet, Kuncoliencar, who shares a bitter sweet relationship with the current CCP mayor Uday Madkaikar said that the panjimites are getting zero benefits from  Corporation status.

Further, he also justified demands for reversal of corporation to municipality.

“Well-justified demand of locals, traders, residents to restore it back to municipality & @GovtofGoa