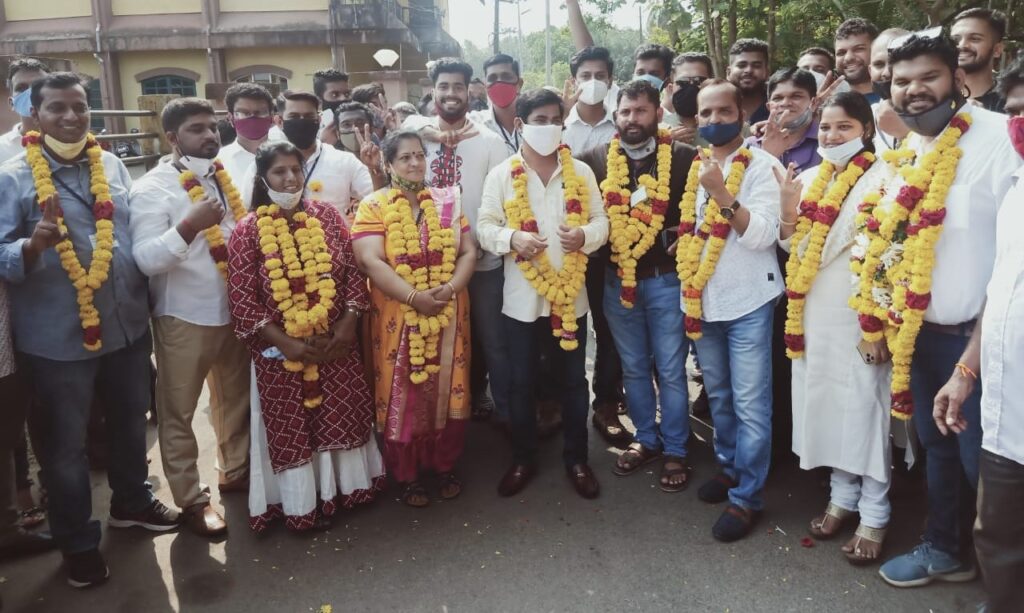 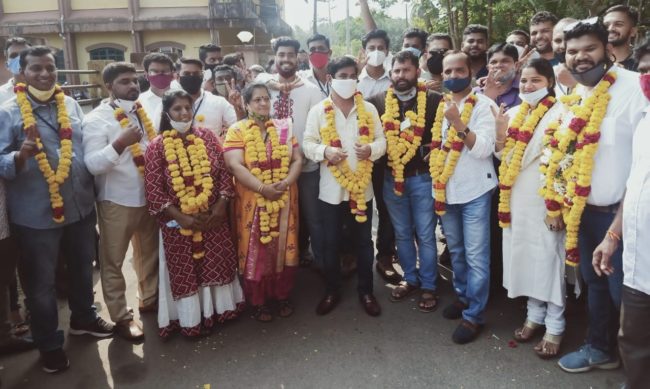 Goemkarponn desk
PANAJI/ MARGAO – The Bharatiya Janata Party is all set to form Councils in at least three out five municipality councils as the party backed candidates have won majority in three municipalities of Quepem, Sanguem and Mormugao.
However, the BJP could not breach the fortress of Digamabar Kamat in Margao and Vijai Sardesai in Fatorda losing miserably in the Margao Municipal council.
In Fatorda, Damu Naik backed panel could manage just five wins out of 25 as Digmabar and Vijai backed panel ruled the roost.
In Quepem, Babu Kavlekar backed panel won 9 out of 13 seats. He had to concede defeats in four wards.
Similarly in Sangquem, six candidates backed by BJP were victorious thanks to Subash Phadesai and Savitri Kavlekar.
In Mormugao, at the time of going to press, the BJP claimed it had won 19 seatswith Sankalp Amonkar panel two and Daji Salkar panel two and one independents.
Deputy Chief Minister and Quepem MLA Babu Kavalekar said that his Opposition felt that after he joined BJP he would not have the same support of the people.
“Today critics have to eat their words. We have shown that if you work for people, they will elect you. Under BJP party we have won majority in Quepem municipality winning nine seats out of 13,” he said.
He said that the Opposition played many tricks to bring him down.
“In four wards we lost but we will find out what was the reason and make sure we come out strong. As a leader, I always work for betterment of people and I will always be there with people to help them,” he said.
After his win in Sanguem, former MLA Subash Faldesai said that the party is building a strong base is Sanguem and the result is the evidence.
“As politician I accept this challenges, and I work on that to build our party level in Sanguem. In the polls our six candidates won by more then 50 percent which is a great achievement and two candidates who lost, one is around 10 votes and other is around 30 votes, if we take over all percentage it is a great achievement for us. Of Course this was not possible without the support of our party leaders like Narendra Sawaikar, Sadanand Shet Tanwade and CM Pramod Sawant,” he said.
Further Faldesai said his panel won panchayats and ZP elections in Sanguem constituency.
“So no doubt that under leadership of Pramod Sawant we are rebuilding BJP ,” he stated.