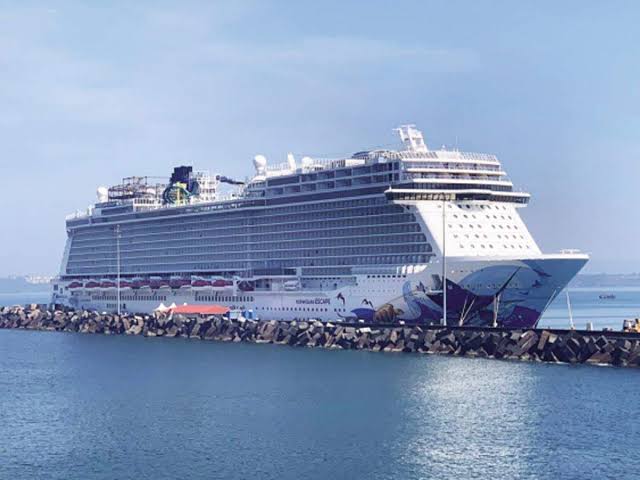 MORMUGAO: In a major boost for the tourism activity in the state , the Mormugao Port Authority ( MPA ) will get as many as 52 international and domestic cruise ships in the upcoming tourist season between September to April
MPA Chairman Venkata Ramana Akkaraju said that by September end , MPA will get the first domestic cruise followed by international cruise ships in October.
” We expect 21 International and 35 domestic cruise vessels in the fair season till April. The domestic cruise Angriya will also resume operations after two months somehwere in November-December . We have started the construction of the new cruise terminal of 55,000 sq mtrs area at the cost of Rs 74.11 crores and will be completed by September 2023. We will presently operating domestic and international cruise ships from the existing cruise terminal ” said Akkaraju
Akkaraju said the MPA had a series of meeting with stakeholders to ensure that the international and domestic passengers get a comfortable and memorable experience as posible since the cruise business had resumed after a gap amidst the pandemic
” The SOPs for the customs , immigration , port and operators are already in place and respective organisations must follow these SOPs. The central Government is stressing on ease of doing business and has digitised submission of documents, e.land passes and automated e visas. The first cruise ship will arrive by the 28th to 30th of September to mark the commencement of the cruise tourism season for MPA ” Said Akkaraju
Akkaraju said that cruise tourism would generate a huge revenue volumes for the state
” Each cruise ship carries an average of around 3000 passengers , mostly European,American people who are high net worth individuals and almost every passengers spends around 100 to 150 USD. When a huge ship comes to Goa, atleast 2000 people disembark which means that each ship can generate upto 2000 x 100 USD ( around 7000 Rs ) per ship on an average on the minimum side . We can calculate this with 52 vessels calling here back to back in a span of few months to see the amount of money that will flow in ” said Akkaraju
” Local artisans, local village industries and local eateries will get maximum benefit from these cruise business and we also want to create temporary places in the port where local artisans can display their goods and try to sell directly to the passengers. We will have a welcome to the first ship by local artistes reflecting the culture of Goa . We will also have hoardings reflecting the culture of Goa and India on our cruise terms for the passengers to see when they walk from one point to another ” said Akkaraju
Akkaraju said that MPA will address issues between taxi operators and coach operators since by taking authorities into confidence.
” We want to avoid disputes between stakeholders and everyone must strive to give a better experience to the tourist otherwise they will not come and everyone will suffer. The locals will only benefit from the cruise because the port makes Zero profit in cruise business. We are handling cruise vessel as part of the Central Government objective to promote tourism to create more direct and indirect employment to locals and generate more revenue to the local economy ” said Akkaraju