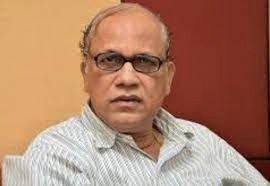 Goemkarponn desk
MARGAO: Mixed reactions from the Margao constituents on Digambar Kamat and Manohar (Babu) Azgaonkar’s winnability in the Margao constituency this time.
Some locals feel that the minority will vote for BJP in Margao, whereas some people feel Kamat shares a personal bond with the people and has the capacity to win the election even if he contests independently.
Shailesh Naik, a businessman from Margao, said that although there might not have been a huge development in Margao, the people of Margao will vote for Digambar Kamat because there is a proper quality of water supply and electricity in Margao and Fatorda just because of Digambar Kamat.
If Digambar Kamat gets elected, he will surely fulfil the pending development in Margao this time, he feels.
When asked why people won’t vote for Babu Azgaonkar, Naik said he might be contesting on a BJP ticket, but people have lost faith in BJP, which will help Digambar Kamat win this election. 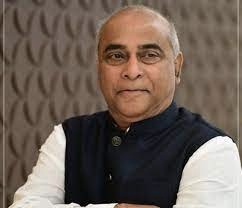 Another person named Riyaz Sheikh from Margao have a different thing to say about the Margao seat; Sheikh said that he was a close aid of Kamat in the past, but as per the recent calculation, people aren’t happy on Digambar Kamat this time.
People from Babunagari, where around 1200 votes are present, along with Fakirband, Khareband, Gandhi Market and some BJP supporters, are surely going to vote for Azgaonkar this time.
Trinamool Congress party candidate Mahesh Amonkar may also fetch around 2000 votes in Margao. Last time Digambar won the election by over 3000 votes. But this time, it will be tough for Kamat, and high chances are there that Babu would win.
Ashraf Pandial from Margao Gandhi Market stated that we, as a minority, have voted Kamat for the last 27 years and haven’t seen any satisfactory results in the constituency where development is concerned.
“Minorities are being used just as a vote bank, and their issues are not being solved for many years, such as the Kabrastan issue. Babu Azgaonkar, on the other hand, has always come forward for the downtrodden. We have seen his work in Pernem, Dhargal area, so this time minority has decided to vote for BJP in Margao,” he said.
Siddesh Kholkar, a car rental businessman from Margao, feels that despite BJP placing Babu Azgaonkar in Margao to contest against Kamat, Kamat has a high chance of winning in Margao as he shares a personal bond with the voters of Margao, including the minority communities.
“We have seen many common people from Margao going to Kamat’s office to get their civic works done, and even their job-related issues immediately. I have personally experienced the work efficiency of his staff, who have helped me,” he says.
Kamat might not have brought mega projects in Margao but have rushed to the people in need. Chances of Kamat, therefore, are high even if he contest independently, Kholkar said.