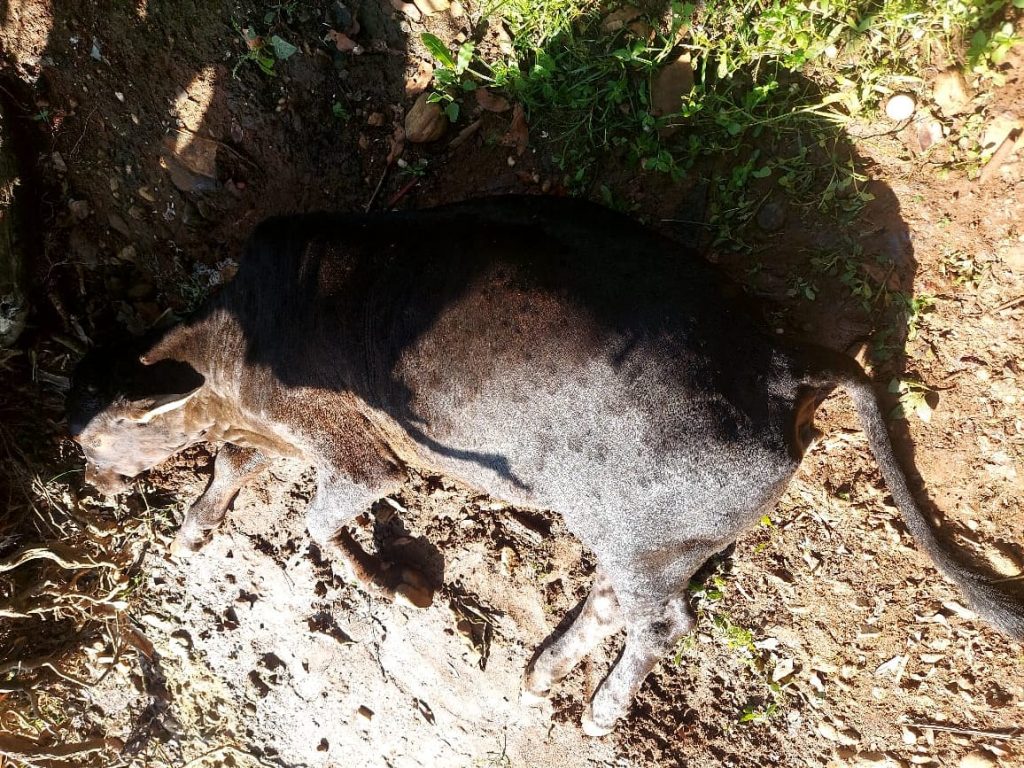 Goemkarponn desk
PONDA: After 15 suspected cases of lump skin disease found in Goa earlier last month, with most of them were at Ponda and Bicholim, today, Dharbandora Taluka locals noticed suspected cases wherein one calf infected with the lumpy skin disease was found near the river basin while one infected cow was found at another place.
Following this, the alert locals informed Dharbandora Veterinary Doctors, who inspected them and treated them with injections.
The Veterinary doctors refuse to give details about the condition of the lumpy affected calf.
The veterinary doctor advised locals to tie the suspected cattle in one place so that they do not mix with others.
It may be recalled that last month, Veterinary officials had already informed people that lumpy doesn’t spread among human beings and only spreads in cattle through skin-to-skin contact or sharing cattle feed.
It may be recalled that Goa Dairy Chairman Rajesh Faldesai also had cautioned Dairy farmers to take precautions, and Goa Dairy was the first to create awareness among its farmers about lumpy skin disease directing them to administer the vaccine to their cattle even before lumpy cases were detected in Goa.