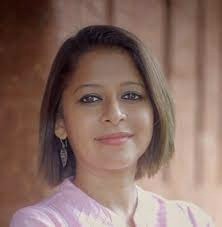 Tough time for Jenifer in
HOME TURF of Taleigao….

Goemkarponn desk
TALEIGAO: Taleigao, the bastion of the Monserrate couple, is set for an apparent triangular fight this election, where BJP will have to fight it out with Congress and Aam Aadmi Party (AAP) to retain the seat.
Now the question arises whether the people of Taleigao will vote for Monserrate legacy or will go with Tony Fernandes, and it is also a matter of time whether Jennifer will checkmate AAP Candidate Cecille Rodrigues.
However, if teh Zilla Parishad result is any indication, Cecille popularity is growing with every passing day.
The Congress has announced Tony Rodrigues, a former aide of Babush, as its candidate for Taleigao, while Cecile Rodrigues will represent the Aam Aadmi Party after losing in the 2017 assembly elections.
Some of the residents of Taleigao are against the Monserrate family as fertile fields of Taleigao that produce both paddy and vegetables are rapidly making way for high-rise buildings and mega-building complexes.
A sizeable section of the population is loath to Monserrate’s developmental policies, and most other candidates highlight this aspect.
Amidst the concretization, the fields and farmers are facing tremendous pressure. There is flooding of areas since the natural drainage has been disturbed. Taleigao does not have a proper market for decades, and vendors sit by the roadside. Many Taleigaokars rue that there are stray cattle, infiltration of outsiders, increase in theft, and the entire village resembles Mumbai.

Taleigao, with over 29,500 voters, has been experiencing issues like erratic water and power supply, lack of a full-fledged market, loss of agricultural fields to large constructions, a growing number of slum dwellers.
The Taleigao Assembly Constituency is currently held by Jennifer Monserrate of INC. In the 2017 GOA Assembly Elections, Jennifer Monserrate beat Dattaprasad Naik of the BJP. Jennifer Monserrate got 51.7 per cent of the votes.
While Jeniffer Monserrate was elected on the Congress ticket in the 2017 Assembly polls from Taleigao, her husband had won as a Congress candidate during the 2019 Panaji by-election, which was necessitated after the death of the then chief minister Manohar Parrikar.
The Monserrate couple had joined the ruling saffron party in 2019 along with eight other Congress MLAs.
However, it is likely to be a straight fight between the BJP and the AAP. 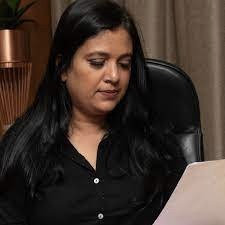