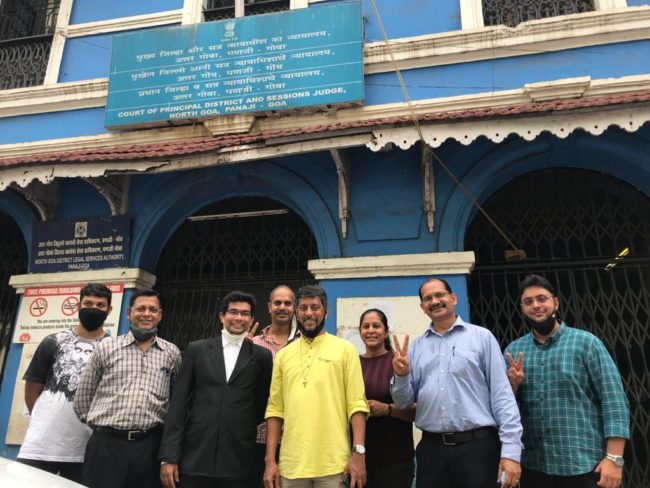 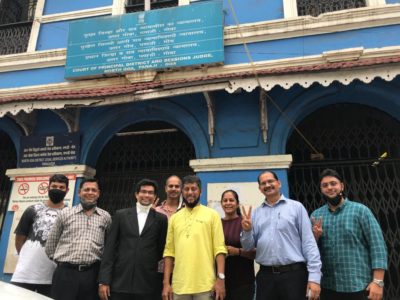 PANAJI: Charges filed by the Panaji Police against Fr. Bolmax Pereira and Capt. Viriato Fernandes were quashed by a judge of the District and Sessions Court, Panaji.

Fr. Bolmax and Capt. Viriato were arrested by the Panaji Police on Liberation Day, as they gathered–with a number of other citizens–at the Panjim Church for a song, dance, and art celebration to mark 59 years of the state’s liberation from Portuguese rule.

‘Today’s judgement against the SDMs order of 19 December, 2020 is a ray of hope in a state slipping into a phase of tyrannical rule, with the government using cops as bouncers,’ Capt. Viriato said. ‘By illegally detaining two peaceful activists, the cops–under orders from the government–shot themselves in the foot. The law enforcement agencies should not forget that the wheels of justice will someday turn 360 degrees and come to haunt them,’ he continued.

‘The State dispensation in Goa is in a shameful slavery. Our legislators have failed us, our Home departments are criminally manipulated for abuse of power. Today’s order at the Session and District Court quashing, and setting aside SDMs illegal order against us gives us hope in the judiciary–that our constitutional rights cannot be trampled forever,’ said Dr Father Bolmax Pereira.

Fr. Bolmax and Capt. Viriato were two of a number of citizens who were unlawfully detained by the Panaji Police on Liberation Day, in the midst of the peaceful celebration. Amongst those detained, a number of youth were also pushed into police vans and driven around the state–before the vans parked at the Ponda Police Station many hours later. The action provoked deep anger across the state–especially by parents, and other concerned citizens, who were shocked by the police’s rough treatment of even children.

‘The case against Dr. Fr. Bolmax and Capt. Viriato has been quashed. That clearly shows that the government illegally tried to stifle the voice of the youth. We had only tried to celebrate our Liberation Day without posing any danger to the president. Sadly, the government was scared of us because of their own wrongdoings. In Konkani they say, “chorak, channeachi bhirant”’, stated Melroy Simoes, one of the many youth who has been speaking up for Mollem.