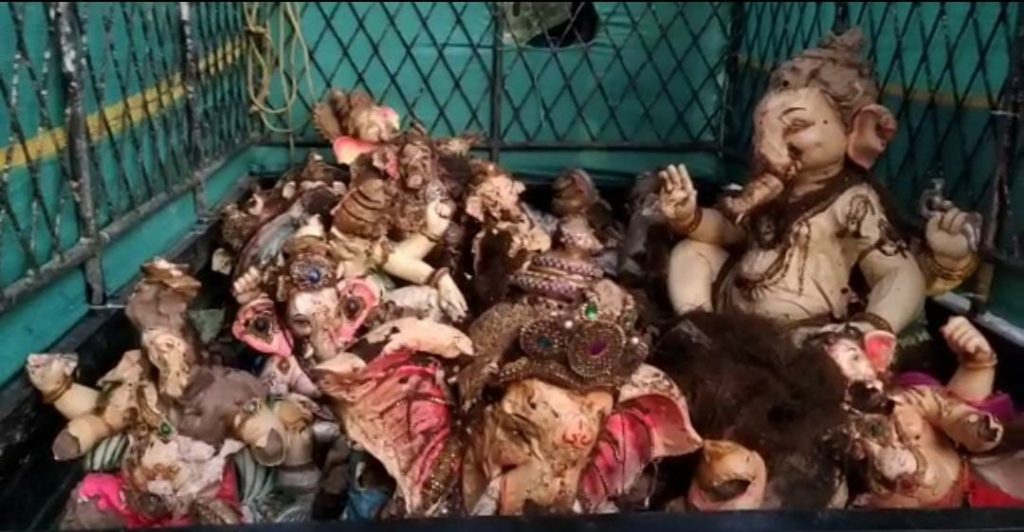 Goemkarponn desk
VASCO: Ganesh Chaturthi was celebrated earlier this month with pomp and gaiety after two long years of the COVID19 pandemic.
In every home, Bappa came and was given a warm send-off by immersion on one and half days, five days, seven days and nine days.
However, soon after the immersion, several Ganesh idols washed ashore or were left undissolved in rivers, creeks, mostly made up of Plaster of Paris (PoP)
Now, the Chicalim panch member Neelam Naik has taken a unique responsibility to immerse about 50 undissolved idols of Lord Ganesh into the Arabian Sea from a creek near Chicalim.
Neelam noticed that idols of Lord Ganesh were seen undissolved, which were immersed into the creek near Chicalim by devotees after worshipping at home from one and half days to 21- days festivity.
Neelam hired some labourers and a vehicle to transport the remains of undissolved Lord Ganesh idols, which were allegedly made up of PoP.
She then immersed idols into the Arabian Sea.