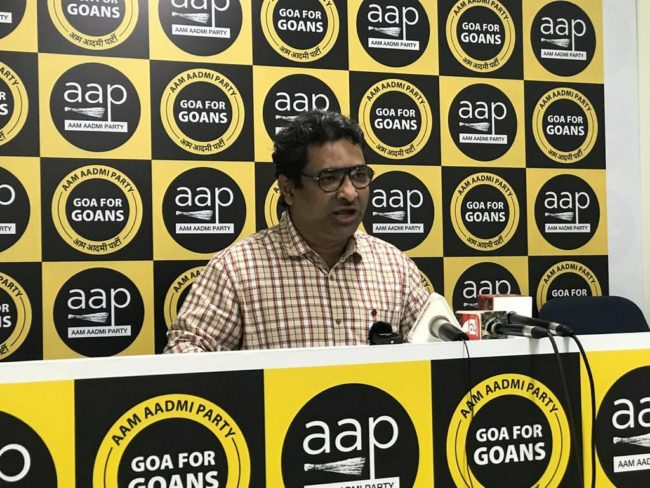 Aam Aadmi Party today demanded that the Chief Minister Dr Pramod Sawant taker serious note of the second outbreak of Corona in United Kingdom and strengthen the testing procedures of arrivals from that country so that Goa and Goans can be protected.

AAP Goa Convener Rahul Mhambre cautioned the chief minister to stop playing with the lives of Goans and refrain from his “bhivpachi garaz na” statement which has in effect become a joke and subject of many nasty jokes on the social media.

While pointing out that the Corona virus has mutated and the mutated one is causing the second wave of the pandemic in UK he said the efficacy of the vaccine that is now being tested is not known on the mutated virus and hence argued that caution is of utmost importance.

He demanded that all visitors from UK who have travelled to Goa have to be identified and strictly isolated so that they can be tested for the new strain of the virus and only then should they be allowed to move about.

Rahul asserted that aggressive tracing and testing has to be done of all people who have travelled from UK failing which he said Goa and Goans would be heading for a disaster.