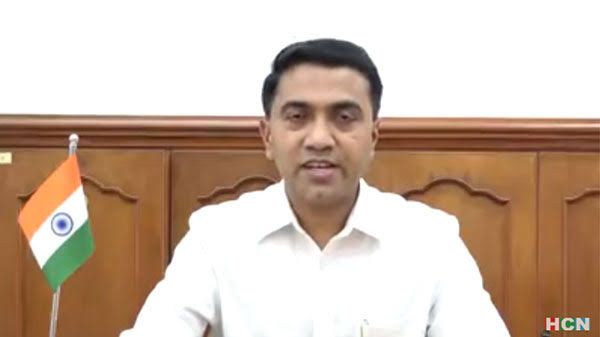 PANAJI: Refuting the need for post poll alliance, Chief Minister Dr Pramod Sawant said that it would not be required.

“It would not be required. Under the leadership of Prime Minister Narendra Modi, we are sure and confident of the party’s win. All the parties here- TMC-MGP alliance, Goa forward and Congress, also AAP are fighting against us.” said Sawant

He further said that BJP will win an absolute majority in Goa with over 22 seats in the 40 seat Assembly and form the government.

When asked about Utpal, Sawant said that the party had given 3-4 options but he wanted to fight only from Panaji and had rejected all the options.

“The ticket from Panaji, however, could not be given to him and was instead given to the sitting MLA Atanasio ‘Babush’ Monserrate, and I am sure that we are winning in that constituency as well.” he added

He further said that time will decide if we would extend an offer to Parrikar’s son of joining the Cabinet.

“Utpal was given the choice of as many as three seats. He should have considered the party first. An ordinary karyakarta like me rose from the position of an ordinary party worker to the position of Chief Minister. So, party must be important for everyone. And Utpal shouldn’t have done what he’s doing. There will be opportunities in the future as well,” he said.

The Election Commission of India on January 8 announced that Goa will go to the polls on February 14.