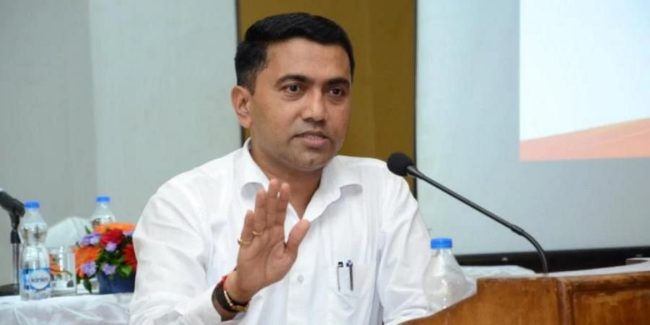 Goemkarponn desk
PANAJI: Chief Minister Pramod Sawant today said that in the majority of rape cases, the accused are known to the victims.
Sawant, who reviewed the law and order situation, said that the crime rate in Goa has increased post-COVID pandemic as many migrants have moved to the coastal State for economic purposes.
Against rising cases of heinous crimes and narcotic trade, Sawant held a meeting with DGP Jaspal Singh IPS, IGP Omvir Bishnoi and SP North and South.
Addressing reporters post meeting, the Chief Minister said that in most rape cases, it is seen that the accused are known to the victims.
“We need to create awareness among children. Adolescent education needs to start through LPSI and PSI,” Sawant, who also holds the Home portfolio, said.
Sawant said that as per data, the crime rate is witnessing a decrease in Goa over the years. He said that the crime rate was very low during the two years of a Covid pandemic due to lockdowns and migration.
“However, post-COVID, there is a rise in crime cases. This is mainly because of migrants coming into State for jobs and economic purposes. It is very important to have verification of these people through the tenant verification process,” he said.
He also pointed out that many migrants are involved in kidnapping cases for which DySP level officers are directed to bring this under control and identify dark spots.
Sawant said that ‘outsiders’ are responsible for the maximum number of law and order issues in the State.
“In maximum incidents, people from outside the State are involved,” said Sawant. He also claimed that police have control over the law and order situation, and in 99 per cent of cases, detection of the culprit happens within 24 to 72 hours.
The Chief Minister said that the land grab cases have decreased substantially after SIT was formed.