Says RTI documents reveal there is no merger of CLP 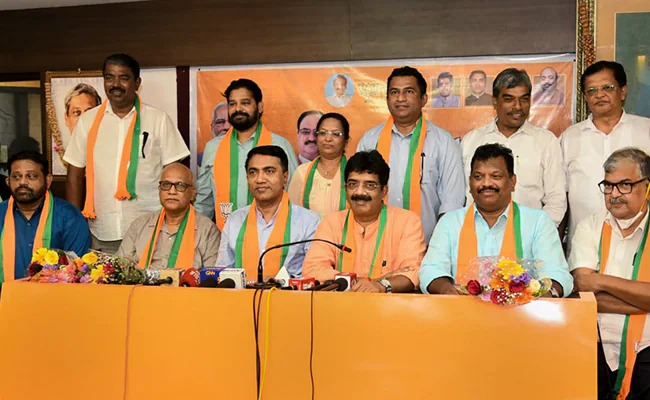 Goemkarponn desk
PANAJI: Goa Pradesh Congress Committee (GPCC) has said that it will file disqualification petitions against eight rebel MLAs who joined the Bharatiya Janata Party (BJP) in September this year.
GPCC President Amit Patkar said that he has received documents sought through the Right to Information (RTI) Act from the office of the Speaker.
“We have got the documents which we wanted. Based on these documents, we will now file a disqualification petition against eight rebel MLAs,” he said.
Former Advocate General and Aldona MLA Adv Carlos Alvares Ferreira said that there is evidence that there is no merger of the original political party, which is the Indian National Congress  (INC).
“Therefore, the claim of merger to get the benefit of Para 4 of the Tenth Schedule of the Constitution of India falls flat. It is a matter of time before these eight defectors will stand disqualified,’ he added.
In September, MLAs Digambar Kamat, Michael Lobo, Delilah Lobo, Kedar Naik, Rajesh Phaldesai, Sankalp Amonkar, Rudolf Fernandes and Aleixo Sequeira joined the BJP after passing a resolution in a meeting of the Congress Legislative Party (CLP).
Being two-thirds of the party MLAs’ strength, the defectors will escape action under the anti-defection law. In July 2019, too, 10 of the 17 Congress MLAs (two-thirds) had merged with the BJP, reducing the Congress strength to five MLAs. The Congress later lost three more MLAs.