Congress is now a part-time party, slowly diminishing from the country: Fadnavis 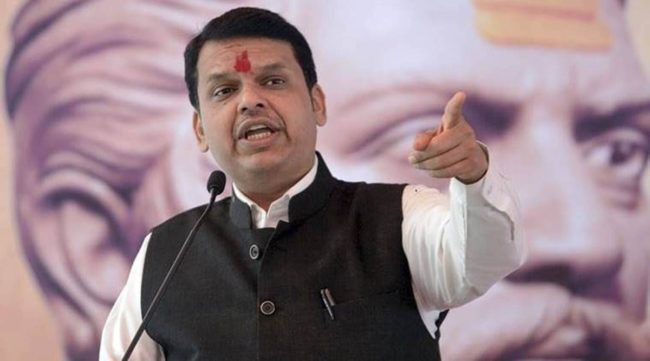 Goemkarponn desk
PANAJI: BJP Goa Election Incharge Devendra Fadnavis today said Congress is now a part-time party and is slowly diminishing from the country.
“Congress is now a part-time party and is slowly diminishing from the country. All these parties coming from Delhi and Kolkata are only here to experiment, and they vanish after they lose the elections and then stay deserted and come back ahead of the next elections; Goa does not need this,” said Fadnavis
Fadnavis said that these political parties from Delhi and Kolkata have come to Goa only to create division and play their own politics.
“I am literally surprised to see that parties like MGP have joined hands with TMC; AAP is like a trailer, but there is no film later. Only false promises,” he said.
Fadnavis pointed out to party workers that the Assembly elections are very close, and shortly, the political atmosphere of elections is likely to hit up, but we must not forget that in the last ten years, the BJP govt in Goa has brought consistency and has given stability to Goa state in all aspect of governance.
He claimed that the Congress party has become weak. In the last elections, Congress party has become like a Nano car with only four MLAs in Goa. He said that in Goa, Aam Aadmi Party (AAP) party from Delhi and Trinamool Congress (TMC) from Kolkata are trying their luck in Goa.
“AAP’s Delhi model is a big lie. Delhi govt doesn’t have anything to offer to the people besides electricity, water supply etc.,” said Fadnavis.